Phil Kearns has some interesting theories about All Blacks success 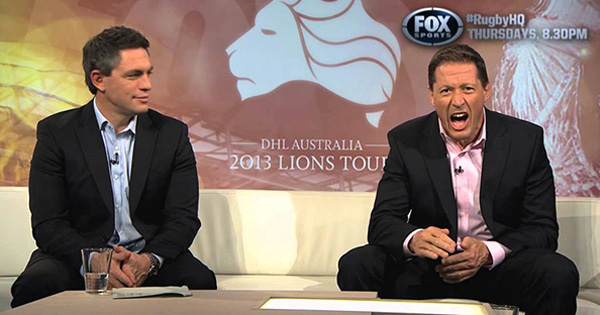 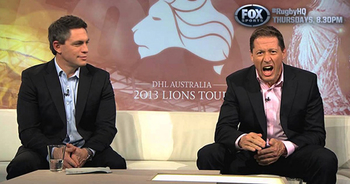 Never one to shy away from giving his opinion on New Zealand rugby, former Wallaby Phil Kearns was once again at his bomb-throwing best during Saturday night’s Rugby Championship and Bledisloe match.

In a couple of hilarious and perhaps, somewhat biased exchanges, former Wallabies skipper Kearns first sizes up the opposition’s chances at scrum time.

In particular, Kearns targeted All Black prop Wyatt Crockett with a glancing blow for being “one of the most penalized props in world rugby.”

If that wasn’t enough, he later dropped a shocker about how superior speed and ability led the entire All Blacks squad to be deceptively offside “en masse”, almost every time the Wallabies had the ball.

Thankfully, Rod Kafer was there to provide a gentle rebuke and things went on as normal.

It was good for a quick laugh and a momentary distraction as the All Blacks cruised to a punishing 42-8 victory away from home, in Sydney.

View highlights from the match here