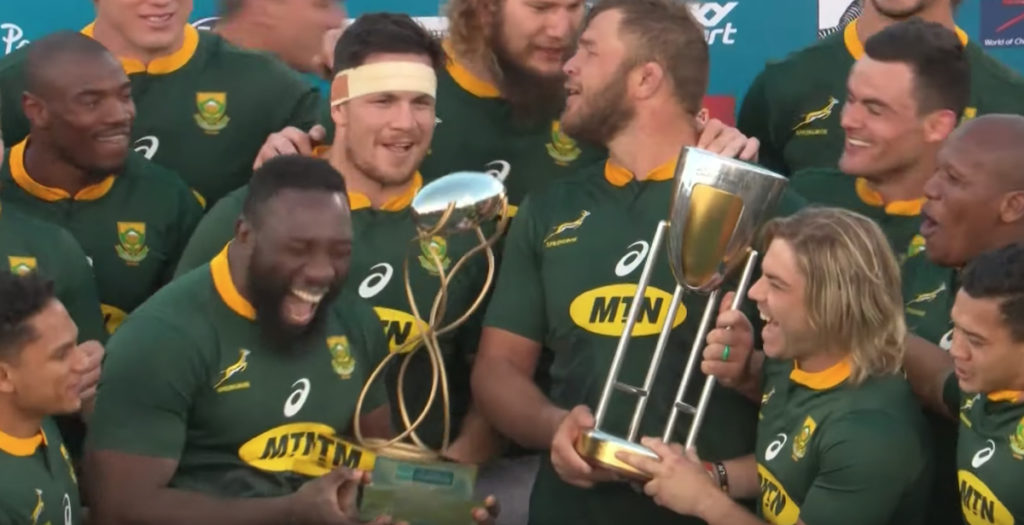 Pollard’s dominant performance helped the Springboks record a convincing 13-46 win over Los Pumas in Salta, Argentina as their impressive form looks set to continue into the World Cup.

His brace of tries came from taking on the gain line at first receiver and using his strength to power over either side of half time.

Pollard made 10 tackles and slotted 80% of his kicks while his long miss pass to set up Makazole Mapimpi for a try in the second half was a beauty.

The 25-year-old won man of the match and is arguably in the form of his life going into the World Cup, where the Springboks are looking serious challengers.

Cheslin Kolbe and Mbongeni Mbonambi were the other scorers for South Africa and full match highlights are available below: