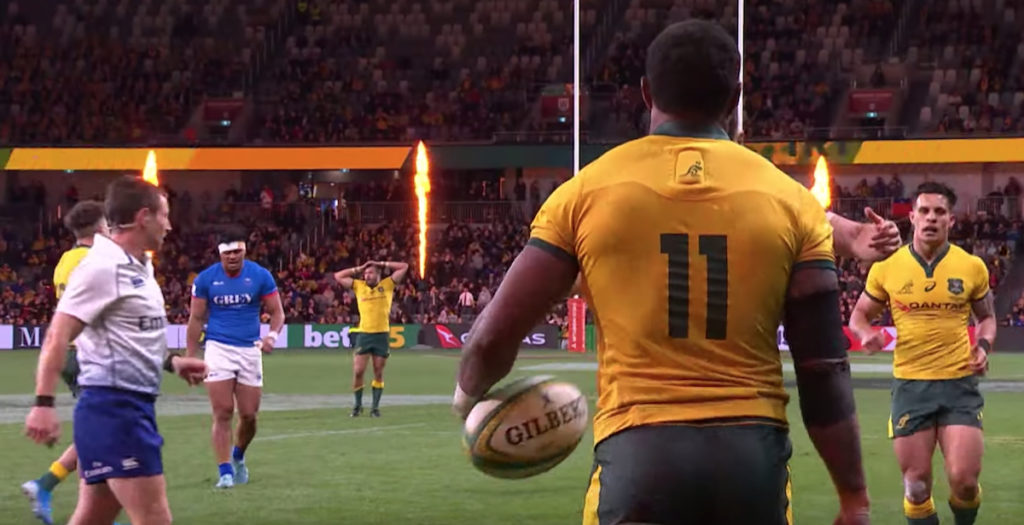 Koroibete received the ball near the half way line and ran rings around the Samoan defence to score his side’s second try of the match in the corner.

The Melbourne Rebels winger beat four defenders to score the try, which helped the Wallabies record a 34-15 win in Sydney.

The 27-year-old has represented Fiji in rugby league and now has six tries in 19 appearances for Australia’s union side.