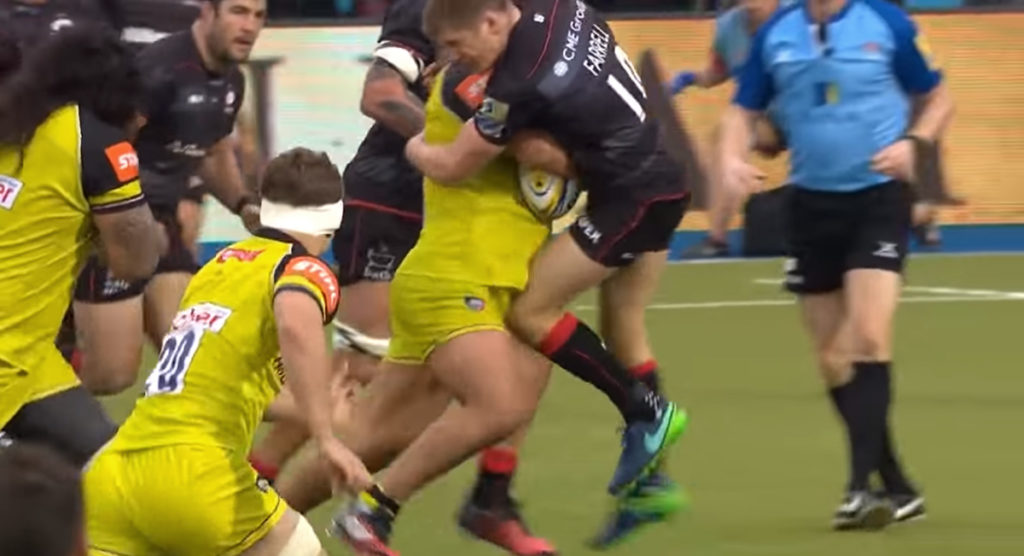 Premiership Rugby have put together a video that shows exactly what it says on the tin – the biggest hits in history, but for the Premiership. Now known as the Gallagher Premiership, over the years there certainly have been a huge amount of thumping tackles in the league.

So this video does not disappoint. It features a number of tackles that we’ve covered on here in the last ten or so years (12, but who’s counting), and there are the usual suspects when it comes to those dishing out the punishment.

There’s also some of those powerful runs from the great Samoan prop, Logo Mulipola, and that classic tackle from Dave Attwood on Steve Borthwick some years back.

Of course, these tackles are only from the Premiership so calling it the ‘Biggest Hits in History‘ is a bit misleading, but all in all, it’s five minutes of hard-hitting action that is actually really enjoyable to watch.

Would all the tackles be legal in 2018? Possibly not, but that’s beside the point.