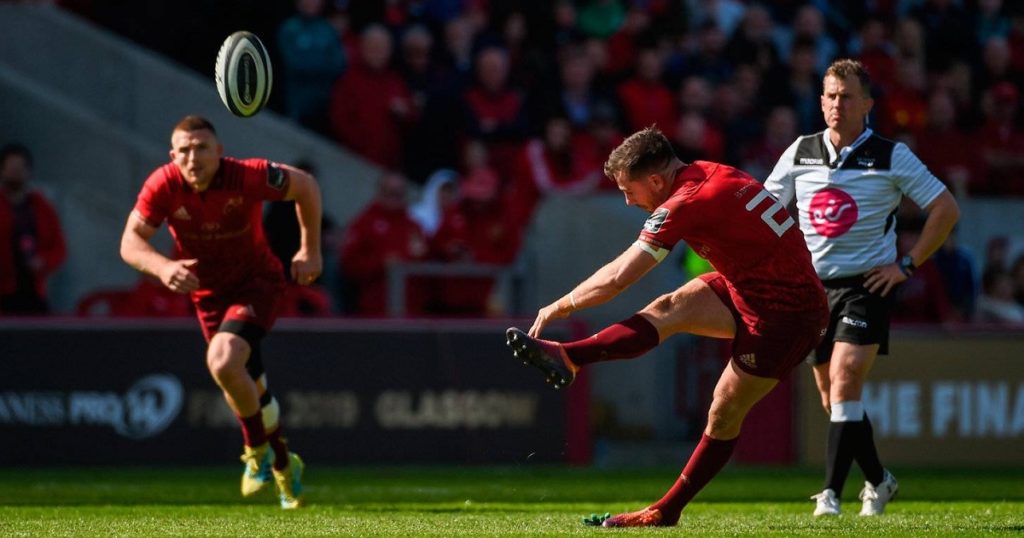 Ulster and Munster booked their places in the Guinness Pro 14 semi-finals after a pair of pulsating qualifiers against Connacht and Benetton respectively.

Both matches went down to the wire, with Marcell Coetzee’s late score proving the difference in a nervy affair at the Kingspan, while a penalty four minutes from time from JJ Hanrahan just about sunk Benetton in Limerick.

The Italians have been the surprise package of this season’s campaign and proved they deserved to be in the play-off qualifiers with a thoroughly competitive showing against a Munster side still reeling from their European Champions Cup quarter final defeat to Saracens last month.

Ratuva Tavuyara’s try on the stroke of half-time stunned the Thomond Park faithful as the visitors resisted sustained pressure in the opening 40 minutes to take a 10-6 lead in at the break. They held firm in the second period and led 13-12 entering the final stages.

Munster’s comeback was typically Munster. Starved of try scoring opportunities, they battered the Benetton defensive line and won a series of penalties to claw their way back into the match. Hanrahan’s final effort from long-range was a huge sigh of relief for the home crowd.

In Belfast, it was an equally tight encounter, with Ulster only pulling away in the dying minutes courtesy of Coetzee’s try from short-distance and a conversion from Billy Burns.

The hosts led 11-3 at one point thanks to Nick Timothey’s first half score, but Bundee Aki responded after a superb offload from Colby Fainga’a to bring Connacht back into contention.

Coetzee’s try buried any hopes though for Connacht to reach the final four for the first time since their 2016 title triumph.

Ulster travel to Glasgow in a repeat of that epic 2015 semi-final, while Munster face Leinster in what promises to be another classic inter-province battle for Pro 14 supremacy between the two.

The final will be held at Celtic Park in Glasgow on the 25th May.