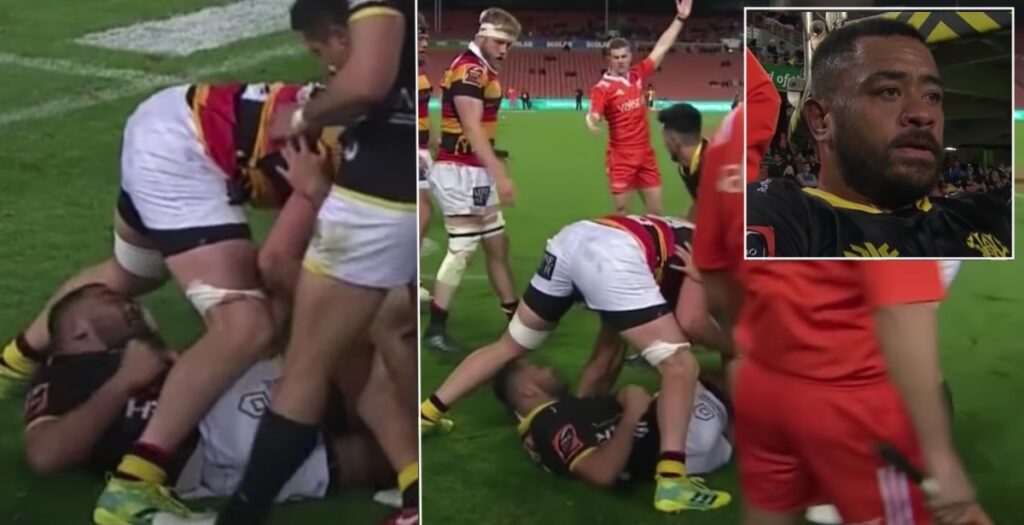 Back in 2018 Wellington prop Tolu Fahamokioa punched Waikato number eight Jordan Manihera in the testicles after receiving an accidental knee to his head.

Manihera retaliated but as Fahamokioa’s initial blow went undetected, both players were sent to the sin bin however if the incident was seen by the TMO it almost certainly would’ve been a straight red for the Wellington front rower.

Clearly fired up by what had happened, Fahamokioa then wanted more after the referee sent them to the sideline, but Manihera wisely opted out.

Joe Marler’s testicle grab on Alun Wyn Jones earlier this year was probably the highest profile incident of the like while the more recent altercation between Stade Français Charlie Rorke and Benetton winger Leonardo Sarto is still hitting headlines.