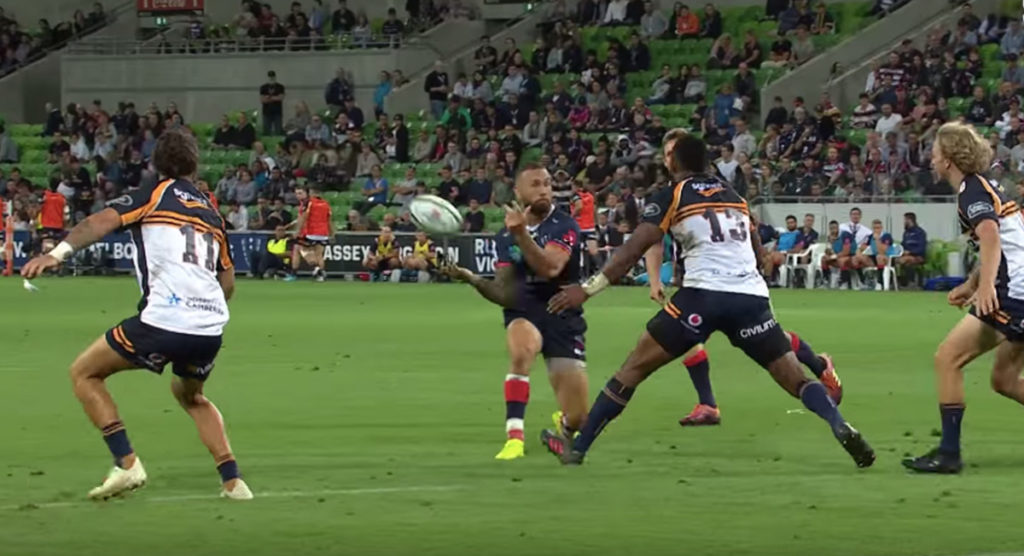 Quade Cooper’s renaissance with the Melbourne Rebels continues and his play hasn’t gone unnoticed, with him edging even closer to potential Wallabies reinstatement after his inclusion in a training camp. It seems he hopes Brad Thorn is paying attention.

Cooper had another impressive performance in round four, culminating with two assist passes that set up great tries for the Rebels. The first of which was a skillful touch that found a rampaging Marika Koroibete, who beat five defenders on his way to score.

Due in large part to halfback partner Will Genia’s inspired play, the Rebels came from behind to win 29-26.

Cooper later took to instagram to simply say: “One man’s trash is another man’s treasure.”

One mans trash is another mans treasure.. 🙌🏾

The target and meaning behind it is obvious. Under coach Dave Wessels, Cooper’s partnership with Will Genia is reaping rewards to the tune of a 3-0 start, while former coach Thorn and the Queensland Reds are still searching for their first win.

On the flip side, it has only been four rounds. It’s a long season and Thorn’s instincts may yet prove to be correct. Time will tell, but for the moment Cooper is consistently delivering both on and off the field.

“Quade has been consistent over the first three games and I’m sure he will be hoping that carries on through the season and if he does there’s no reason why he can’t get an opportunity in a gold jersey,” Genia said post match.

He’s earned a chance to regain the gold jersey and the rugby world has a fascinating story that keeps growing every week.