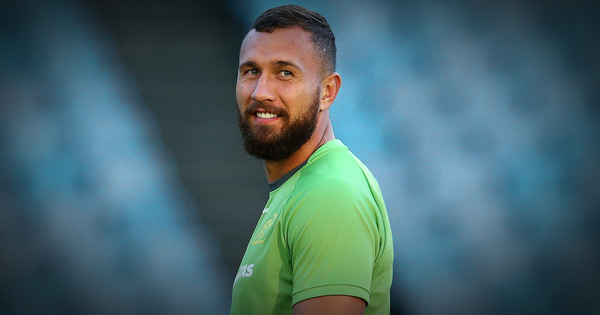 Wallabies coach Michael Cheika has made a number of changes to his team following their massive hiding at the hands of the All Blacks last week. The two sides will meet again in Wellington this Saturday night in the second Bledisloe Cup Test, prompting changes.

Bernard Foley will shift to inside centre as Quade Cooper starts at number ten for the first time since the 2015 Rugby World Cup, while Samu Kerevi has been picked at outside centre, in his first appearance since the second Test against England in June.

Western Force lock Adam Coleman will make his first start for the Wallabies, and Brumbies flanker Scott Fardy has been recalled to the starting XV, while Will Skelton makes his return via the bench.

Reece Hodge will make his debut off the bench, where he joins Tevita Kuridrani and Nick Phipps.