Quade Cooper shines for the Rebels with huge miss-pass 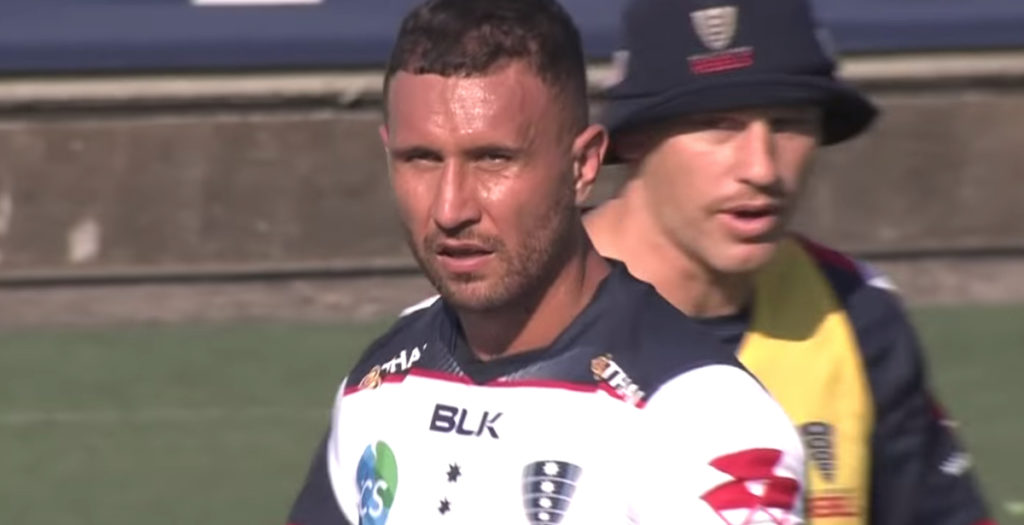 Melbourne Rebels fly half Quade Cooper made a spectacular miss-pass to Marika Koroibete on the left wing which lead to a try for Dane Haylett-Petty.

Cooper’s 15-metre pass took out three Sunwolves defenders and put Koroibete in open space down the left wing, who set up Haylett-Petty for the Rebels’ fifth try of the game.

The former Wallaby number 10 made a further two assists helping the Rebels to a 7-52 win in Tokyo, leaving them one point behind the Brumbies in second place in the Australian conference after round 15.

Cooper has played a central role for the Rebels in 2019 which has been one of the best seasons in the history of the franchise and they will next host the Waratahs on Friday night to contest for the top spot in Australia.