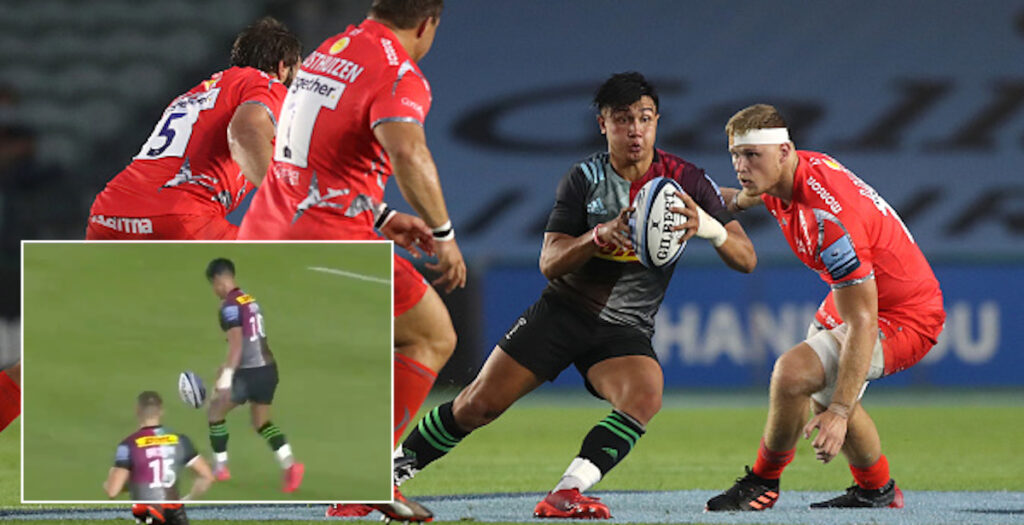 Harlequins almost scored an unbelievable try against Sales Sharks on Friday night in the first Premiership game back post-coronavirus.

Quins fly half Marcus Smith made a delightful cross field kick inside his own 22-metre line straight into the arms of former Sale star Chris Ashton on the right wing.

The England winger then nudged the ball infield for centre Joe Marchant to gather on the half way line. The ex-Blues player beat two defenders before finding veteran Mike Brown with an offload.

Brown didn’t have the pace to reach the line and was brought down by Sale’s scramble defence 10 metres short of the try line. The hosts managed to recycle the ball but unfortunately knocked it on agonisingly short.

THIS FOOTAGE MAY ONLY BE AVAILABLE TO UK READERS UNTIL WE FIND AN ALTERNATIVE SOURCE.

After five months out…@Harlequins have returned as a football team!

Quins went on to win the game 16-10 at The Stoop leaving them sixth in the table after 14 rounds.