RANKINGS: Wales officially ranked number one in the world for the first time ever 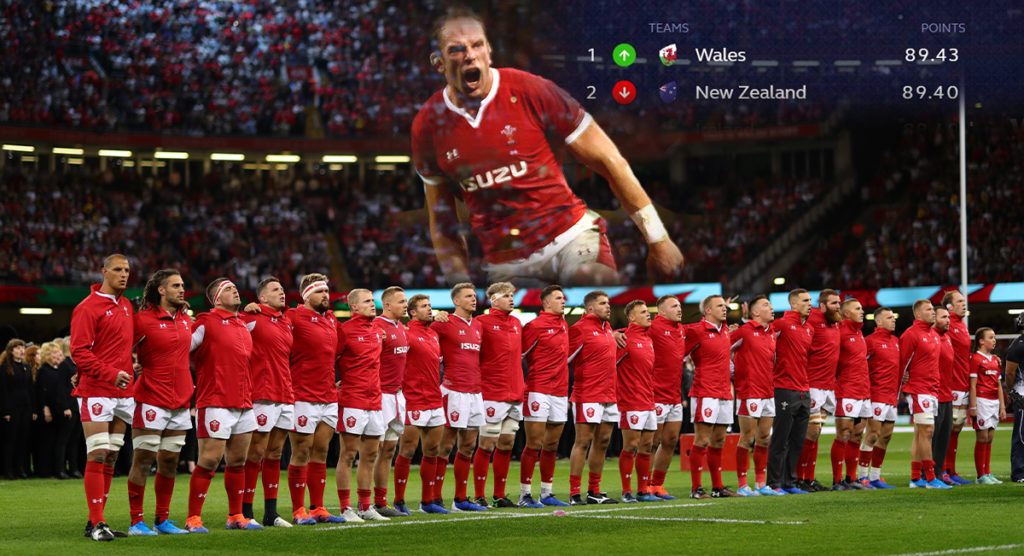 Despite a weekend that saw New Zealand beat Australia by 36 points, the World Champions have dropped a place to number two in the world, with Wales now officially going top of the World Rugby Rankings for the first time ever.

Wales had unofficially gone to number one a week earlier when Australia beat New Zealand, but it didn’t last long as their loss to England at Twickenham sent them back to number two.

Now, despite New Zealand’s win, Wales have accumulated enough ranking points to overtake the Bledisloe Cup winners, knocking them off the perch that they’ve remarkably held since 2009.

That is 509 consecutive weeks at the top of the rankings.

Wales now have 89.43 rating points, which means three-hundredths of a point separates them from New Zealand. They become only the fourth country to ever occupy the number one ranking, after England, New Zealand and South Africa.

Following victory over Argentina and England’s loss to Wales, South Africa have moved back up to fourth in the world, overtaking England.

France swap with Scotland after their strong 32-3 showing at home, moving up to seventh, while Italy’s huge 85-15 win over Russia had no impact on those two teams’ positions, as they both remain in 13th and 20th respectively.

Wales take number one for the first time ever, joining an exclusive group of teams to occupy the top spot.👏🏴󠁧󠁢󠁷󠁬󠁳󠁿 pic.twitter.com/54sPDgLTX9

RANKINGS: Wales officially ranked number one in the world for the first time ever | RugbyDump - Rugby News & Videos