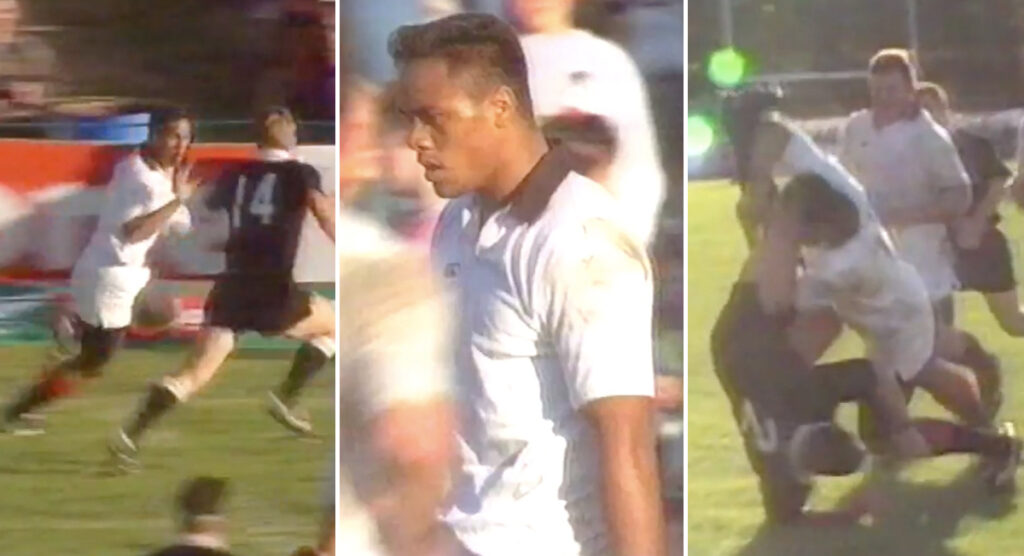 This incredible footage shows a young Jonah Lomu in action in an All Blacks trial match way back in 1994, as he went up against New Zealand wing legend John Kirwan.

The All Blacks trial match featured an 18-year-old Lomu on the wing, as he looked to cement a spot in the senior side. He went on to play against France in that same year, becoming the youngest All Black ever at 19 years and 45 days.

He then famously broke onto the international scene in devastating fashion at the 1995 Rugby World Cup in South Africa the following year.

Lomu went on to represent New Zealand in Test rugby 73 times, despite suffering from a kidney condition for most of his career.

Enjoy this classic footage, as the young powerhouse found his feet and showed that even against greats, he was going to be a serious force to be reckoned with.