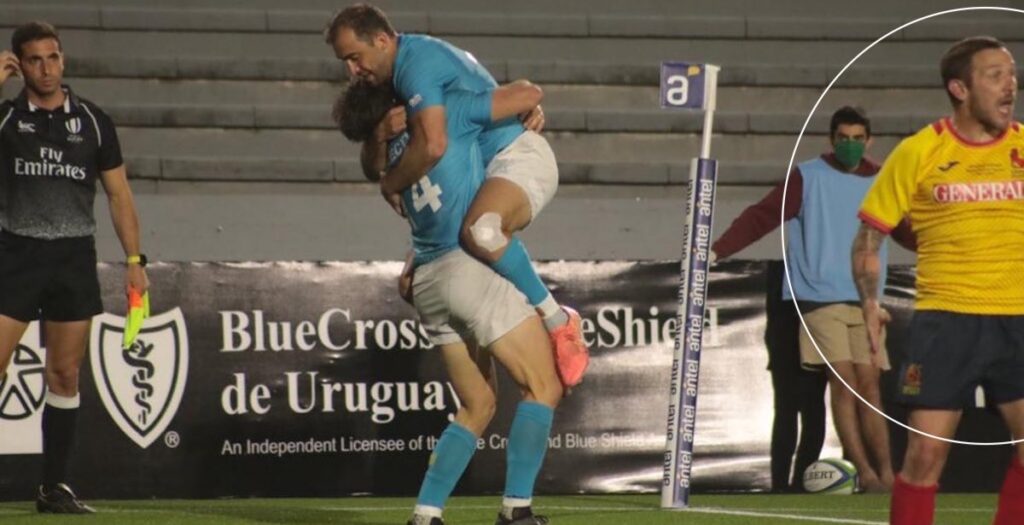 Uruguay scored one of the most questionable tries of the season during Friday night’s Test match against Spain in Montevideo.

The try came off the back of a brilliant run by Uruguayan fly half Felipe Etcheverry towards the close of the first half, jinxing his way through the Spanish defence.

Etcheverry linked up with centre and captain Andrés Vilaseca, who then made a pass to full back Gastón Mieres.

Mieres had to force a quick pass under pressure to winger Federico Favaro, which resulted in the ball blatantly travelling forwards to the man out wide.

Favaro continued his run to score in the corner and while several Spanish players protested against the clear error, the match officials still awarded the try.

This mistake helped Uruguay to a 19-10 win, however it was the Spanish who took the Test series on points difference 42-39. Full match highlights are available below: