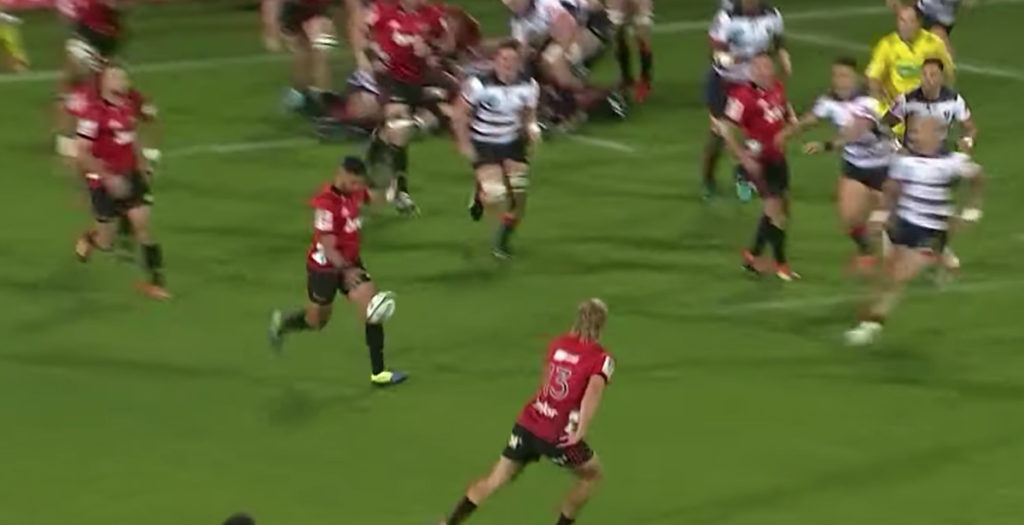 All Blacks fly half Richie Mo’unga made three assists from the boot to help the Crusaders dominate Melbourne Rebels 66-0 in Christchurch.

Mo’unga set up cross field kicks for wingers Sevu Reece and Braydon Ennor in the first half as well as a chip over the Rebels defence for David Havili to score after the break.

Both Reece and Ennor scored a hat trick as the Crusaders ran riot against the Rebels, scoring 10 tries in total.

The reigning champions are comfortably top of the New Zealand conference after round 17 while the Rebels sit second behind the Brumbies in the Australian leg.