Ricky Januarie floored by below the belt kick from Semi Radradra 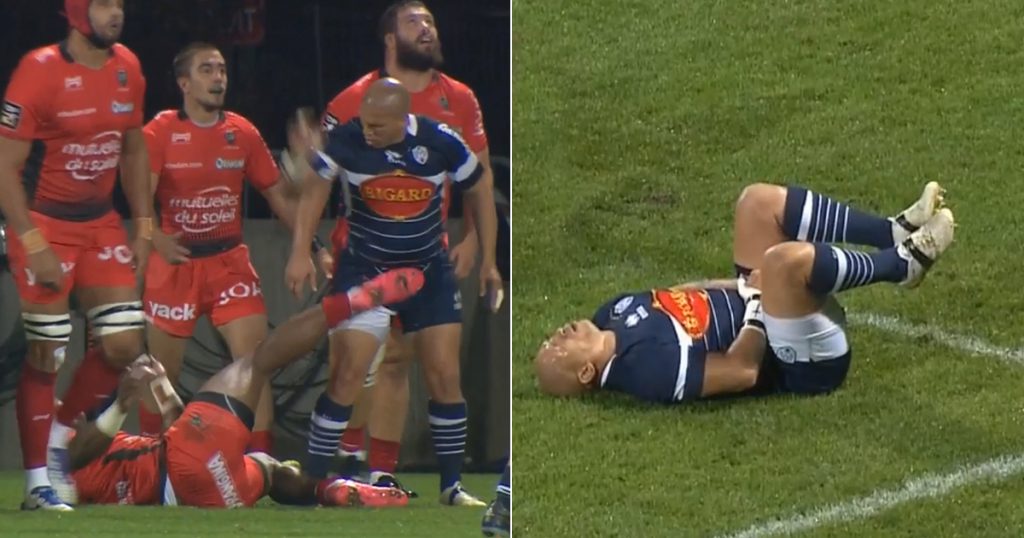 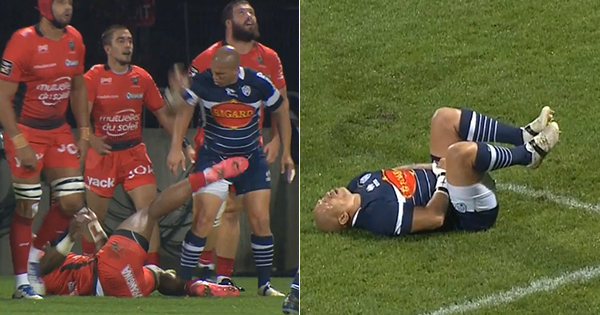 He hasn’t been playing in the Top 14 for long but former League star Semi Radradra has already made a huge impact for Toulon. On this occasion the impact came in the form of a low blow with the boot, specifically to former Springbok Ricky Januarie’s nether regions.

Radradra scored one and set up two tries in the 26-24 upset loss to Agen, but this altercation with now 35-year-old Januarie was one he would rather forget, as the Fijian’s boot delivered swift justice to what he clearly felt was an unnecessary shoulder in the back.

There wasn’t much in it until the 47-times capped Springbok scrumhalf, who joined Agen in June, showed little respect to the powerful winger on the floor, who then lashed out in a scene you definitely would not expect to see on a rugby field.

Both of them rolled around on the floor comically, as the kickee suddenly had injured ribs, while Januarie made the most of the shot in the family jewels.

While the kick was clearly out of order, the referee handled the bizarre situation well, albeit in an amusing way. He asked Radradra if he understood French, to which he replied no, so he continued in French anyway.

A little handshake followed and everyone made up, allowing the contest to continue and Agen to sneak a famous upset win with a late long distance penalty by 20-year-old Hugo Verdu.