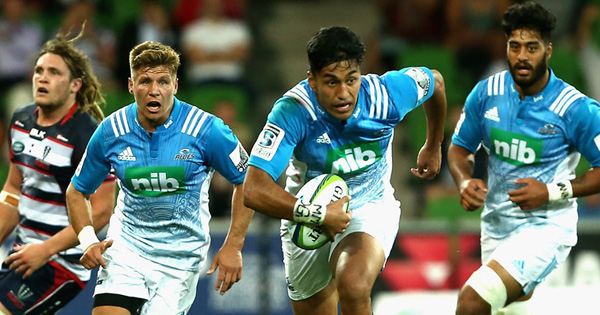 Young star Rieko Ioane scored three tries as the Blues put away the Rebels in the opening Super Rugby 2017 match in Melbourne earlier today. The 19-year-old showed how potent the Blues midfield will be this year, with Rene Ranger on the bench and Sonny Bill Williams still set to return.

Unfortunately for Ranger his time on the field was short lived, as he came on late in the game and left just as quickly, yellow carded for an infringement at the breakdown.

The Blues won’t want to get too excited too soon, but it was a brilliant start to their campaign.

Catch up on a post match chat with tryscorer Ioane below