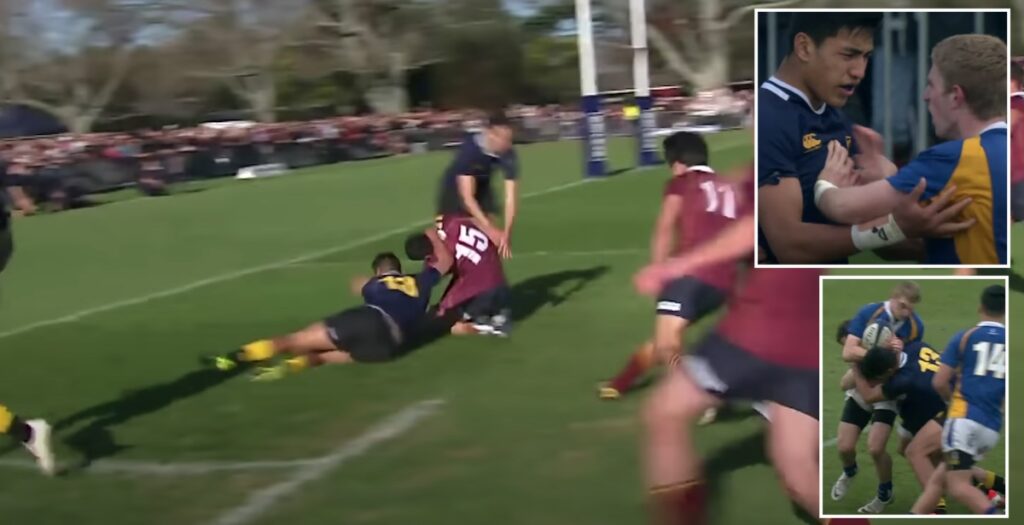 Highlights of Rieko Ioane’s schoolboy rugby at Auckland Grammar have bee released showing the speedster just three years before becoming an All Black.

The five-minute montage released by RugbyPass highlights just how dominant he was in defence during his school years at outside centre as well as his ability going forwards.

Ioane would earn his first cap for the All Blacks at the age of 19 and since then he has scored 24 tries in 29 appearances for New Zealand, starring in the 2017 squad against the British & Irish Lions as well as featuring at the 2019 World Cup in Japan.