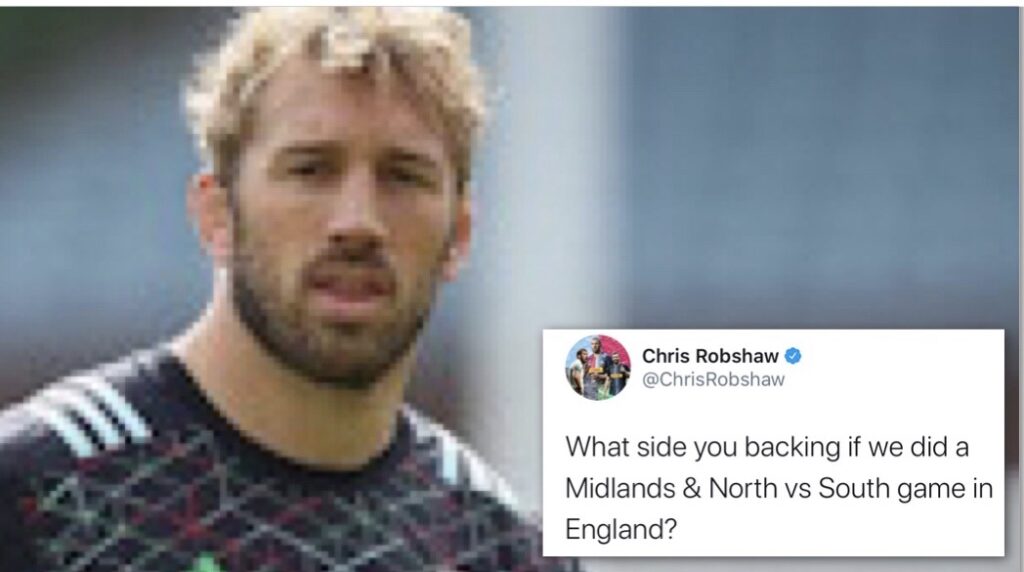 Harlequins flanker Chris Robshaw sparked an interesting debate on Twitter this weekend by proposing a regional fixture in England.

Following the success of New Zealand’s inter-island fixture on Saturday, Robshaw asked who would win between the south east of England and the north and midlands.

Fans seemed to favour the north and midlands side, assuming Gloucester and Bristol wouldn’t qualify for the south east.

What side you backing if we did a Midlands & North vs South game in England?

Many English internationals now play for northern and midland clubs such as Tom Curry, Manu Tuilagi, Ben Young, George Ford and Courtney Lawes whereas the south eastern side would bolster Saracens’ strong contingent of stars.

However Robshaw later specified that players would qualify depending on where they were born, which would rule out quite a few of England’s top players and see the likes of Quins legend Danny Care representing the north and midlands.

Your team is based on where players are born. Chose your dream team! Midlands/North vs south?

whether this kind of fixture could ever feasibly happen in England or not, it’s certainly fun to imagine.