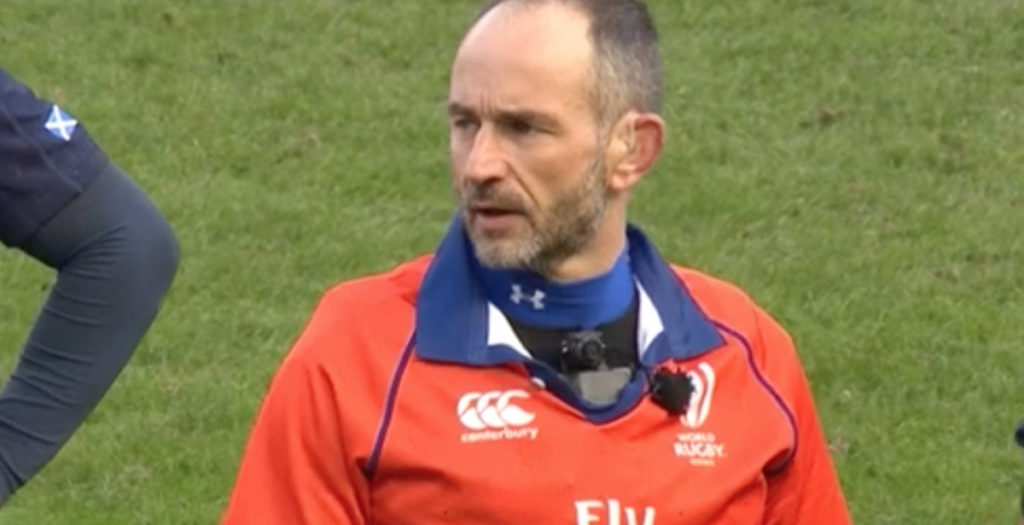 Ireland beat Scotland 13-22 at Murrayfield on Saturday and French referee Romain Poite has taken a lot of heat for the outcome of the match.

In a post match interview with Scotland scrum half Greig Laidlaw, he said “He doesn’t seem to like us, Romain.

“(Poite) picked us up in the middle of the field, Sean O’Brien’s reefed the ball out and he’s given a knock-on, and it’s right in front of him.

“He refereed us against South Africa as well and we don’t seem to see eye-to-eye. We’re not going to blame him, we look at ourselves, and credit to Ireland.”

Scotland captain Greig Laidlaw wasn’t impressed with the performance of referee Romain Poite after his side were beaten by Ireland in the #SixNations.

The 43-year-old referee was famously in charge of the series decider between the British & Irish Lions and New Zealand in 2017, where he overturned a penalty decision to conclude a tied series.

And whether it was the performance of Poite on Saturday or his own teammates, Scotland’s Stuart Hogg didn’t seem impressed either.

Both Poite and Laidlaw received further criticism following the game.