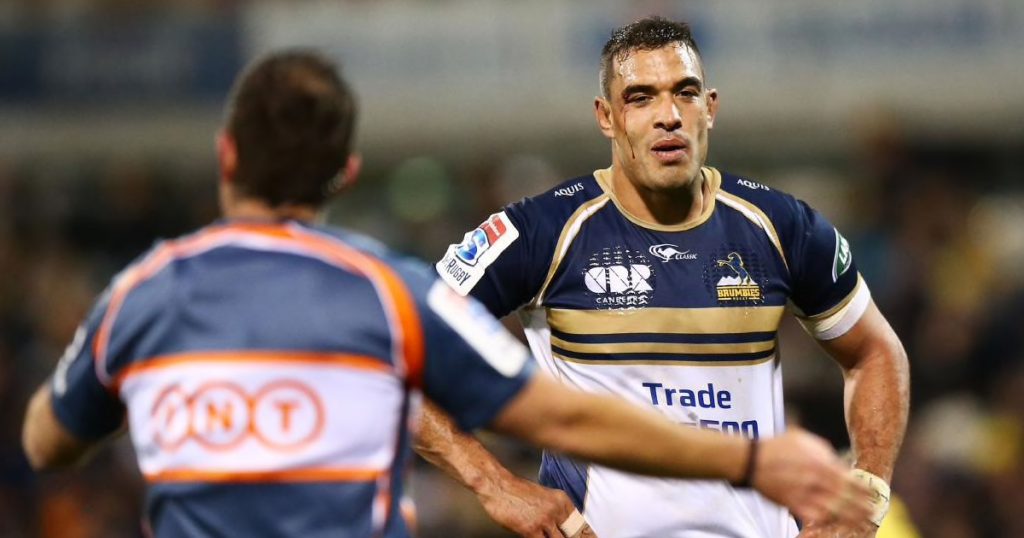 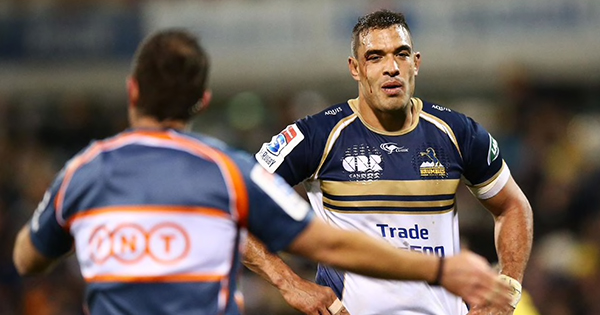 Brumbies lock Rory Arnold has been suspended following his red card for a dangerous tackle against the Lions on Saturday. Arnold had already been yellow carded so knew that any on field sanction would lead to a sending off, so he walked before waiting for the referee.

Giant second rower Arnold, 2.08m, flew into Lions number ten Jantjies in what appeared to be a badly aimed attempt at a dominant tackle. Unfortunately for him, it caught the Springbok straight in the jaw, leaving the referee and TMO in agreement that red was the outcome.

Arnold had been yellow carded in the first half for illegally bringing down a maul, so another yellow card would have meant red. So, in something seldom seen on a rugby field before, he walked off before the referee could show him the card.

Whether it was an attempt at an ‘HIA’ or a substitution, that isn’t clear, but it appears that he simply knew the outcome so took it upon himself to leave, in a similar vein to cricketers ‘walking’.

The referee initially tried to call him back but with Arnold already have way up the lengthy Ellis Park tunnel, he simply showed the card and allowed the players to get on the with the game.

The Brumbies had led 24-12 at the time but after losing Arnold, then Sam Carter shortly afterwards, the Lions put in a big shift in the final twenty minutes, ending up convincing 42-24 victors.

In the subsequent disciplinary hearing, Arnold pleaded guilty to contravening Law 9.13: A player must not tackle an opponent early, late or dangerously.

He was suspended from all forms of the game for 3 weeks, up to and including Saturday 9 June.