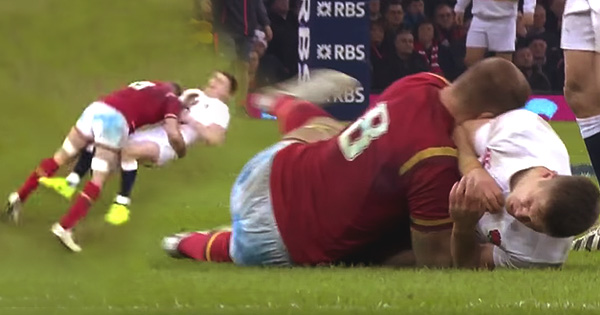 Owen Farrell put in another solid Six Nations performance against Wales during England’s 21-16 win on Saturday, but early in the second half he was on the receiving end of this huge hit by impressive Welsh number eight, Ross Moriarty.

The 22-year-old Gloucester forward lined up Farrell and despite the centre getting the ball away in time, Moriarty flew into the tackle, smashing him backwards and winding him in the process.

The referee and his assistants didn’t feel it was worth looking at again, although it appeared to be late and we’ve seen similar tackles dealt with severely in the past.

Farrell was too hurt to retaliate, instead giving a wry smile and getting on with things.