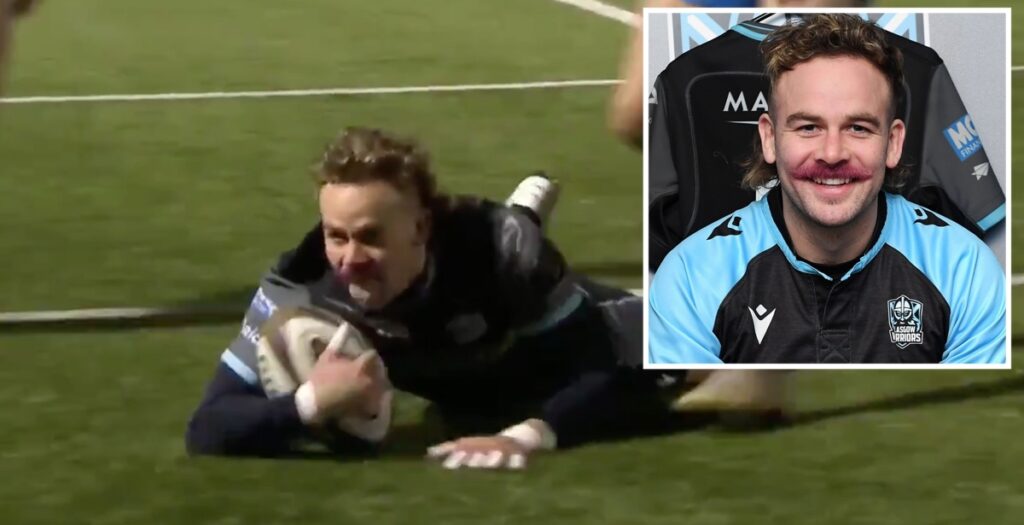 Scotland and Glasgow full back Ruaridh Jackson scored a brace of tries in the Pro 14 against Leinster on Saturday sporting a new mullet and pink moustache.

The 31-year-old died his moustache and shaved his head in aid of Movember, a charity which raises awareness for testicular cancer.

A try almost as good as his ‘tache 👀

In a repeat of last year’s Final, @ruaridh_jackson strikes first for @GlasgowWarriors 🥊

The new look must have given the former Wasps and Harlequins player an extra boost as he scored all of Glasgow’s 10 points against the reigning champions.

Unfortunately this wasn’t enough for the hosts, as Leinster grabbed a 10-23 win at Scotstoun Stadium, leaving the Glaswegians fourth in Conference A after seven rounds.