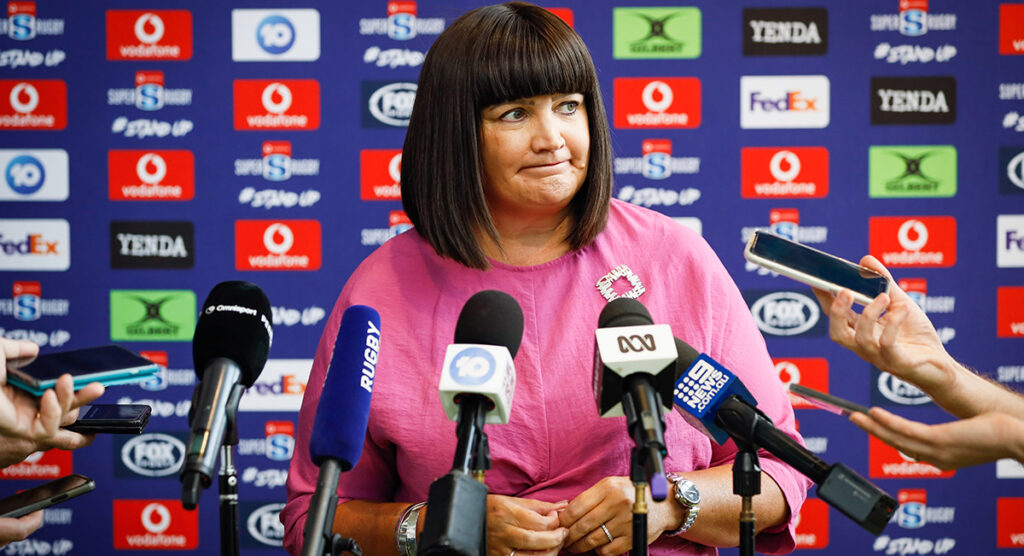 Rugby Australia have announced huge cuts in the wake of the Covid-19 pandemic, with up to three-quarters of their staff set to be stood down for the next three months, while the rest will remain on drastically reduced salaries. This comes as rugby in Australia braces itself for a $120 million hit.

RA chief executive Raelene Castle announced what was described as “the toughest decision in the game’s history” on Tuesday after meeting with Rugby Australia Players’ Association boss Justin Harrison.

Castle, who will take a 50 per cent pay cut, said she’ll ensure staff stood down would have access to “whatever government support is available” and that they were working closely with the RUPA to reach an “appropriate” agreement on player salary reductions.

She said additional help from World Rugby and individual state governments would also ensure grassroots rugby could continue once it is safe to return to the field.

“Today we have had to deliver the hardest news imaginable to our incredible, hard-working and passionate staff, that many of them will be stood down for a three-month period so that the game can survive this unprecedented crisis,” she said.

“We could lose up to $120 million in revenue should it not be possible for any Rugby to be played in 2020. Of course, that is the worst case scenario, and we are very hopeful that we can recommence the Super Rugby season and domestic Wallabies Test matches at some point this year.

“The measures we will implement from April 1, although extremely painful, are necessary to ensure the sport remains financially viable and to ensure that we are able to come out the other side of this global crisis, fully-operational and ready to throw everything into the rebuild.”

The announcement comes a day after RA reported a provisional loss of $9.4 million in 2019 and hours after USA Rugby were forced to file for bankruptcy when their financial woes were exacerbated by the coronavirus shutdown.

That was swiftly postponed until at least May 1, with a think tank now set to be formed to assess what professional rugby may look like in Australia in the short and long-term future.