Rugby World Cup Daily - The first of many 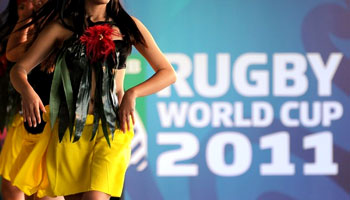 With just under a week to go before the Rugby World Cup kicks off, the hype is building as today we take a look at the first of the official Rugby World Cup Daily updates from the IRB, a feature they will continue throughout the tournament.

We’ve been working frantically to get the new platform live early this week, and in all likelihood this will be the last post before relaunching. What does that mean to you? Not a helluva lot, except that the next time you use the site, you’ll hopefully be having a far greater experience in terms of functionality and ease of use.

The World Cup kicks off later this week, in case you hadn’t noticed yet, and we’ll be doing everything in our power to bring you the best hype, coverage, news, and interesting features throughout the tournament. You’ll be able to hop on here any time of day to catch up on what’s been happening, and discuss the matches with like-minded fans around the world.

If you don’t know about it yet, we’ve also got a pool on Sportguru, where you can enter for free to predict the outcome of matches at the RWC. We’ve got some great prizes lined up too, so give it a shot to add an extra element to the tournament. Register for free here

This video is one of the official updates from the tournament, giving you and idea of what the atmosphere is like in New Zealand currently, for all of those who aren’t able to attend, or are flying out shortly. Japan’s Kiwi coach John Kirwan, Mike Miller of the IRB, and All Black Dan Carter all share their thoughts ahead of Friday’s kick off.