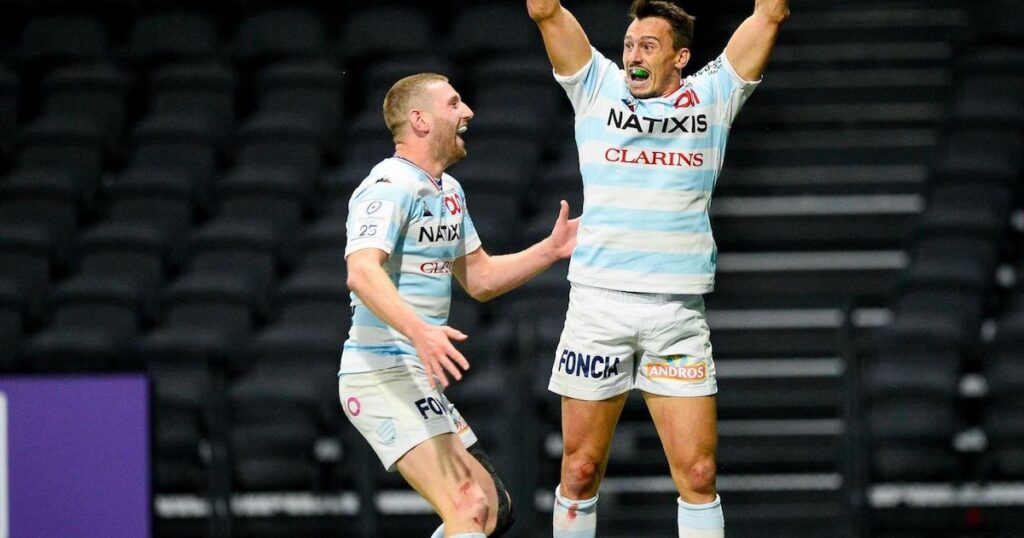 Finn Russell was rightly lauded for his delicate chip and pass which allowed Juan Imhoff to score what turned out to be the match-winning try in last weekend’s Champions Cup semi-final victory over Saracens in Paris.

The exuberant fly-half had endured something of a quiet game up until his 74th minute moment of genius, but spoke at length post-match about how the try came about.

Speaking to French rugby newspaper Midi Olympique, Russell said: “Virimi saw some space between the defensive line and their full-back (Elliot Daly). For once, their 9 (Richard Wigglesworth) was on the wing and wasn’t covering.

“I chipped, Virimi caught the ball, beat a defender, gave me the ball back and Juan scored. It’s as simple as that.”

Asked whether he had spoken to Vakatawa about the move, Russell replied: “No, he called me and asked me to kick, which I did.”

Russell is one of the five players nominated for the EPCR Player of the Year alongside Vakatawa, and was quick to praise his Fijian-French team-mate.

“He is the best 13 on the planet, there’s no debate about that. The faster we get the ball wide to guys like Virimi, Teddy Thomas or Simon Zebo, the better.”

It’s a well worn cliché that Russell and the rest of the Racing 92 team are mavericks and that they deploy an openness and typical French “jouez, jouez” style without structure.

As Russell explained to Midi however, this was far from the case, and the tight nature of the semi-final on Saturday was clear proof that the flamboyant style was only brought out when required, and in calculated fashion.

“In these kinds of games, you only get one or two opportunities to pull off this sort of move. You can’t do it too early [in the match], in the risk of removing the surprise effect. For 60 minutes, we just played, played, played. When we decided to chip over the top, Saracens didn’t expect it.

“Saturday was the first time I played in a European semi-final, it was a new experience. Let’s be clear: the Champions Cup is the best club competition in the worlds, all the teams want to win it. If we win the final in Bristol, it would be an immeasurable joy.”

Watch the try with French commentary below

You can also watch a nice analysis of the try here