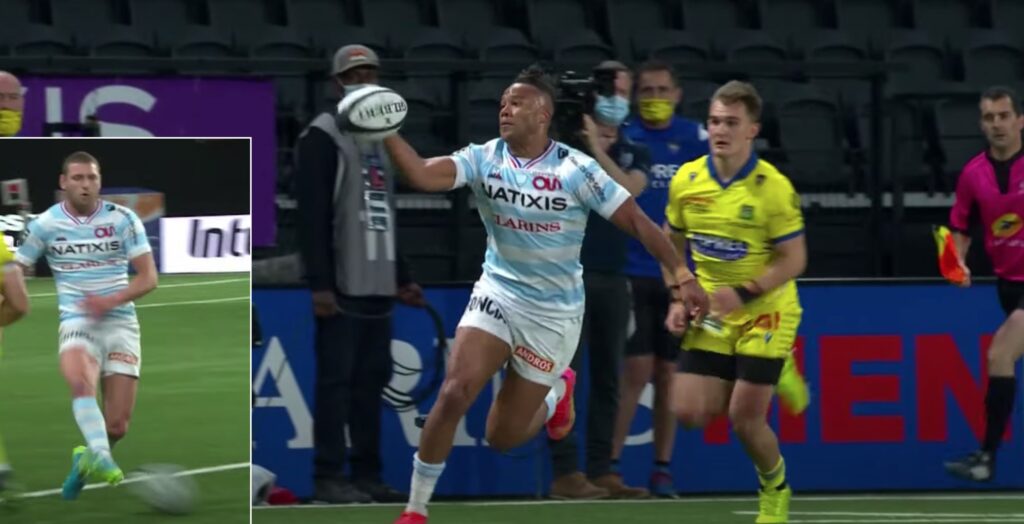 Scotland fly half Finn Russell produced a lovely grubber kick to set up an 80-metre try for Racing 92 during Saturday’s Top 14 clash with Clermont.

Russell, who was named in Warren Gatland’s British & Irish Lions squad on Thursday, took the ball at first receiver on his own 22-metre line and attacked the defensive line.

The 28-year-old drew in two players before delicately delivering a delayed grubber kick through the Clermont defence.

The ball kicked up perfectly for French winger Teddy Thomas who charged down field before giving the decisive offload to Kurtley Beale for the try.

This early score helped Racing to a 45-19 win at Paris La Défense Arena and saw them leapfrog Clermont into third after 23 games.