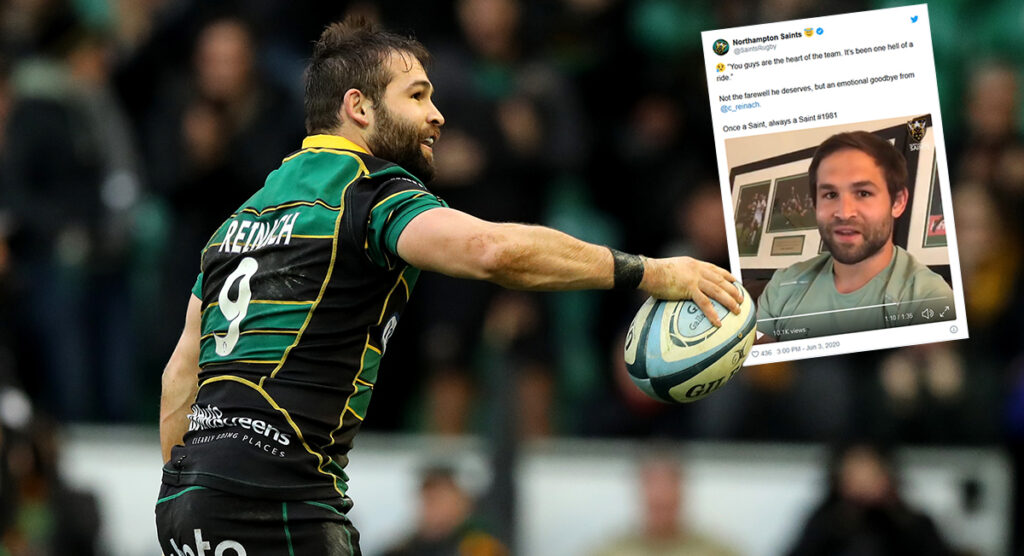 Northampton Saints have shared a parting message from South Africa scrumhalf Cobus Reinach, who said his three seasons at Franklin’s Gardens were “nothing short of spectacular”.

After arriving at the Saints from the Sharks ahead of the 2017/18 season, it was not long before the Springbok became a fan favourite and renowned as one of the premier players in the league, defined by his trademark pace.

He finished last season as the Gallagher Premiership’s top try-scorer, and was pivotal in securing a play-off spot at the end of the season. His devastating form in England led to a recall for his country, where he was a member of the Rugby World Cup winning squad.

It was announced in January, however, that Reinach would be leaving the Saints to move to the Top 14’s Montpellier for the 2020/21 season. Unfortunately, due to the COVID-19 pandemic, and the subsequent suspension of rugby, his contract has expired, which means his last game for the Saints was a 16-10 win over Worcester Warriors at Sixways in March.

Regarding the unfortunate way his Saints career has come to an end, the 30-year-old said it was “definitely not the way I wanted to say goodbye”, but said that he was “extremely grateful for every opportunity I’ve had to put on the Saints jersey”.

The scrumhalf went on to thank “every player, staff member and especially the supporters” and said to his teammates: “I wish I could be there with you guys to go and lift that trophy at Twickenham, but I’ll make a plan to be there and celebrate with you afterwards.”

With a return to action on the horizon, Reinach leaves the Saints in fourth place in the Premiership, only three points behind the Bristol Bears in third. Chris Boyd’s side also have a Heineken Champions Cup quarter-final against the Exeter Chiefs to look forward to.