Sam Cane will return from broken neck earlier than expected 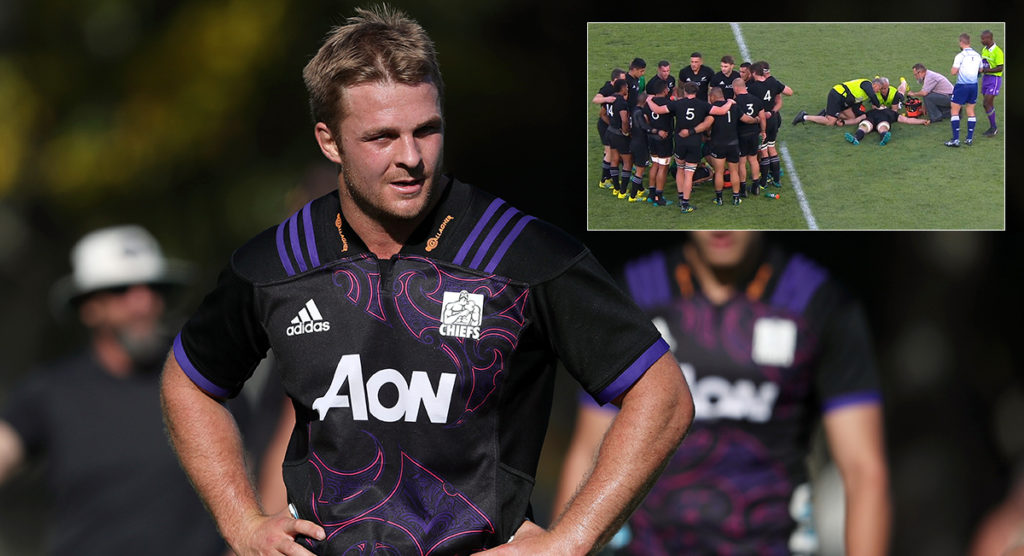 Flanker Sam Cane’s remarkable bid to resume his All Blacks career begins this weekend when he returns to rugby seven months after breaking his neck against South Africa in Pretoria.

Sixty-Test veteran Cane has been named on the Chiefs’ bench for their Super Rugby match against the Blues at Eden Park on Saturday, with the 27-year-old’s recall earlier than expected.

The openside specialist’s career hung in doubt when he fractured vertebrae during the Rugby Championship Test against South Africa last October and he admitted at the time to wondering if he’d played his last game.

Emergency surgery found there was no nerve damage and a gradual rehabilitation culminated in a return to contact work last month.

The injury occurred when Cane went it to clear out Francois Louw at the breakdown.

The Chiefs co-captain now faces a battle to reclaim the Test No.7 jersey he had owned since Richie McCaw’s retirement in 2015 World Cup glory.

Hurricanes openside rival Ardie Savea has been in stellar form and may now have his nose in front to start at this year’s Rugby Wor ld Cup. Both players, if fit, are certainties to attend the tournament.

Sonny Bill Williams (knee) remains absent for the Blues, who are desperate to end a 15-match winless run against their northern rivals.

The Blues have lost their last four games after a promising start to the season and boast a dreadful record in Kiwi derbies, having won just three of their last 35 such fixtures.

Both teams are languishing at the bottom of the New Zealand conference with four wins each and in danger of slipping from finals contention.