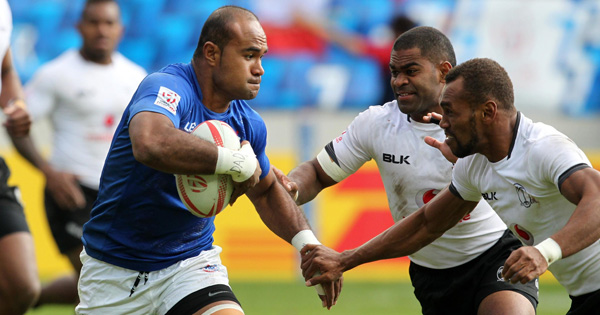 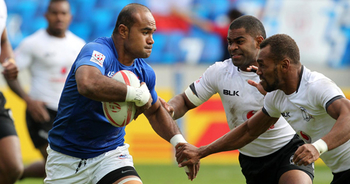 Samoa upset South Africa then came from behind to beat Fiji in an unbelievable day of Rugby Sevens in Paris on Sunday. Fiji shot out the gates in typical fashion but Samoa somehow turned around a 26-7 deficit to lead 29-26, and hang on in the dying seconds.

The victory is Samoa’s first Sevens Series Cup win since December 2012 when they won in Dubai.

Fiji, who had fifteens stars Leone Nakaraw and Josua Tuisova playing for them, looked set to increase their lead at the top of the world series standings with yet another series win, however Samoa fought back then Belgium Tuatagaloa made a miracle tackle with time up, as Fiji got withint inches of the line.

“We wanted to get some pride back and we did that,” said Samoa coach Damian McGrath. “At half time I said if we get the first score we can get back into this. Self belief is a huge thing, and they believed in themselves.”

The story of the weekend for the home side was  superstar Virimi Vakatawa, who helped hosts France to third place overall. He continued his fine form, setting up and scoring tries with ease.

With just one round remaining, Fiji are still in pole position and look set to claim the overall title in London. South Africa, who won the Plate title, are 14 points behind.