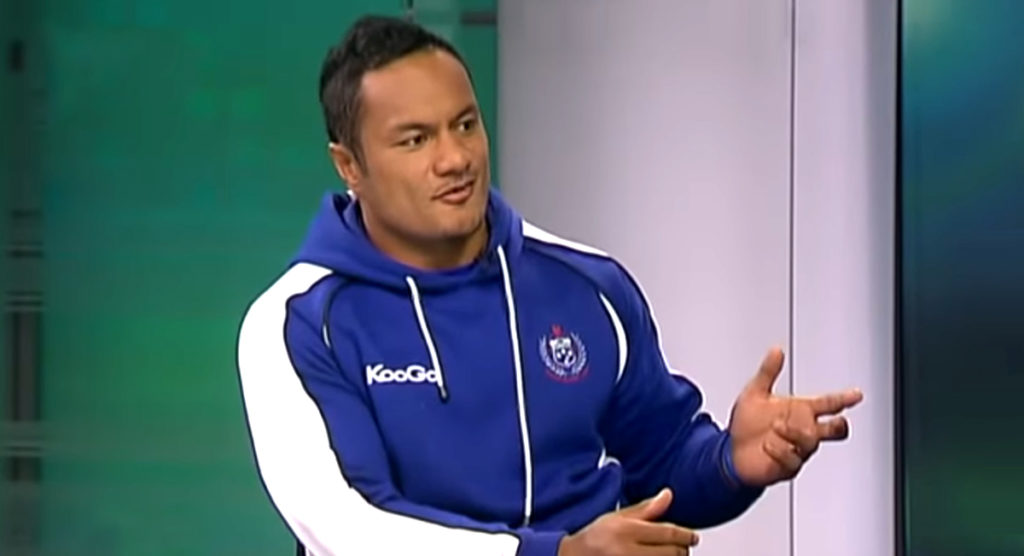 Although it is eight years since it happened, former Samoa international Eliota Fuimaono-Sapolu has unearthed the events that caused him to be suspended from rugby during the 2011 Rugby World Cup.

The centre, who was playing for Gloucester at the time, launched a tirade at the International Rugby Board (now World Rugby) on Twitter for their treatment of tier two nations, and how they were scheduled to play with shorter rest periods than tier one nations.

Samoa lost both tests against Wales and South Africa, by seven points and eight points respectively. However, had they had longer rest periods, the results may have been different.

The centre was called to a hearing for his comments on social media, and was subsequently banned for missing it as he was unaware when it was.

He recounted the series of events on Twitter, sharing footage of the interviews that he had surrounding the saga as well.

The funniest part of all this shit is after dealing with world rugbys shit the New Zealand Law Society investigated me for my tweets too. 😂 The only practising lawyer playing at the world cup and Im fucking investigated 😂 Thats why I cant stand NZLS white supremacist bullshit. pic.twitter.com/2ZZoxzdewn

In the interview that Fuimaono-Sapolu shared on Twitter, he said that he was “still sore” four days after the South Africa Test, which is an indication of how physically demanding playing two sets of matches can be with such little recovery time.

Despite facing a backlash from the IRB, the 38-year-old’s complaints were clearly taken on board, as the structure of the RWCs have subsequently been changed to see tier one teams play matches on shorter turnarounds as well.

However, some feel that this is still not enough, as those matches have been contrived to see tier one teams play against weaker sides back-to-back. That is equally more likely as there will be fewer tier one teams in a pool to play against one another.

Fuimaono-Sapolu was given a six-month ban for these comments, suspended for two years. He returned to Gloucester, and moved to Japan’s Coca-Cola Red Sparks in 2012, but never played for Samoa again.