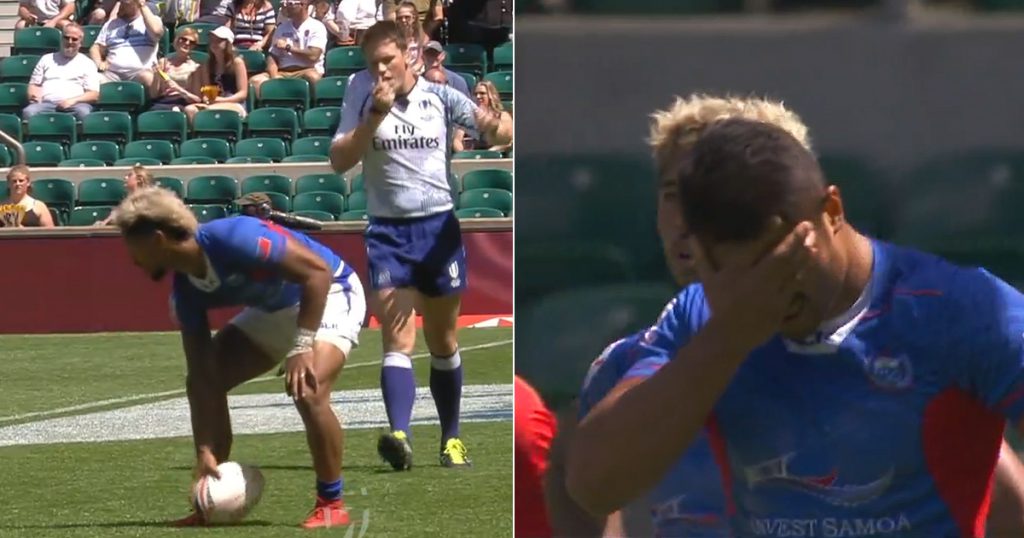 Samoa got the better of Spain to win their clash 26-10 at the London Sevens this past weekend but made the task a little more difficult than it should have been, with this horrendous blooper in the first half. It was such a schoolboy error, even the referee couldn’t keep a straight face.

The pair of Alamanda Motuga and Danny Tusitala were to blame, as Tusitala seemed to indicate that he wanted the ball but both players clearly lost their bearings, resulting in comedy gold.

After coming last in their pool, Samoa eventually lost 19-14 to Argentina in the Challenge Cup Quarter Final. They currently sit 10th overall as we head into the final leg of the series, in Paris.

Fiji went on to win the tournament, beating rivals South Africa in the final and scoring some thrilling tries along the way. Catch up on on the highlights and best tries here.