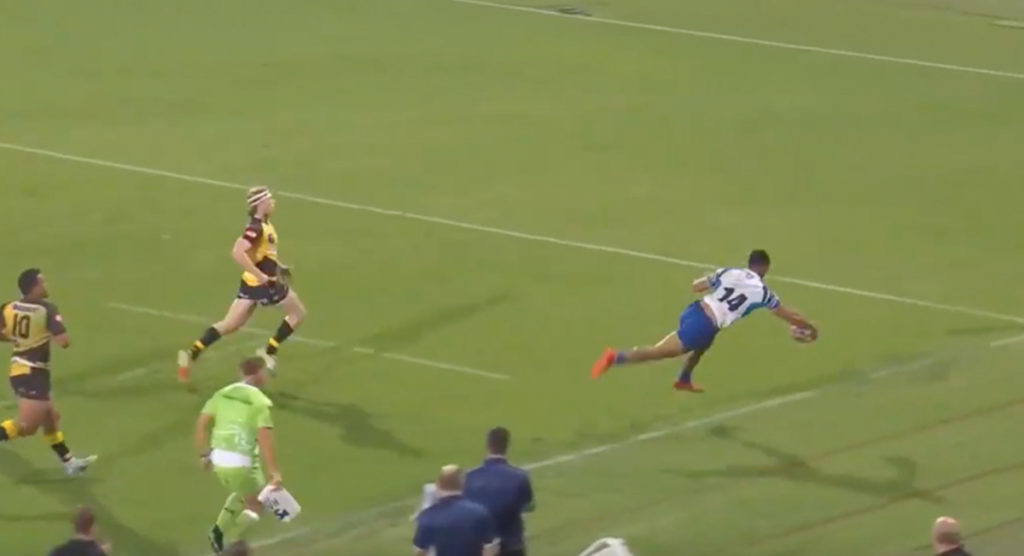 The Western Force produced a dominant 63-5 performance at home over Kagifa Samoa Friday night. However, all anyone could talk about was this breathtaking try from the visitors. Down by 63 points, Kali Hala was the beneficiary of a superman save off the back of a slick and skilful kick ahead.

Global Rapid Rugby is the new competition launched by Australian billionaire Andrew Forrest after Super Rugby deemed the Western Force surplus to further requirements. After impassioned pleas fell on deaf ears, the Force, along with teams from four other nations came together to form a new prototype rugby competition. The whole aim is to think outside the box, so to speak.

Legitimate questions remain as the viability of Forrest’s experiment. With catchphrases like “Sport is better without the boring bits” and “Where elite sport and entertainment collide”, the pressure will be immense for Global Rapid Rugby to produce results.

With tries like this and some interesting law variations, it’s sure to get plenty of attention.