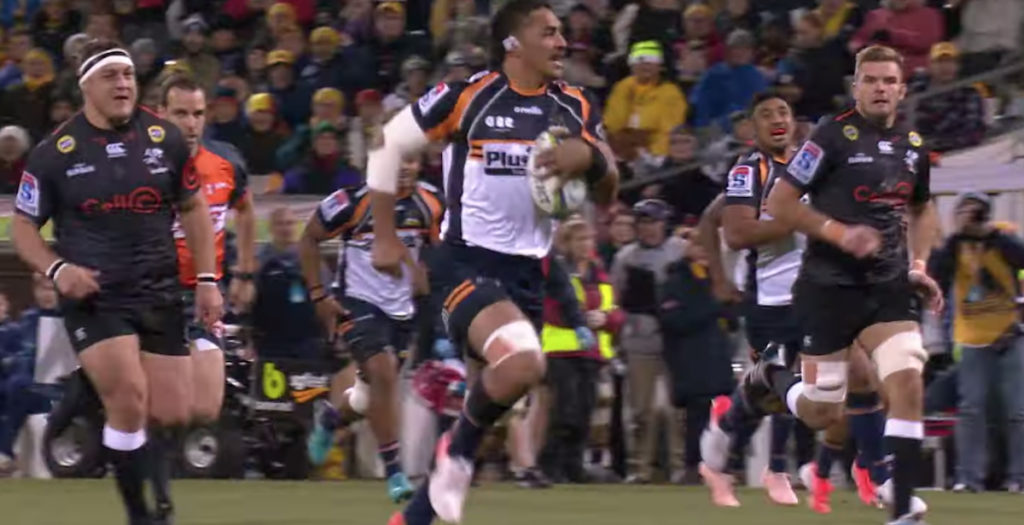 A sensational 40-metre try from Brumbies number eight Peter Samu led the Canberra side to a 38-13 win over the Sharks in the quarter-finals of Super Rugby.

Samu took an inside pass from Rory Arnold and made a clean break down the middle of the field to score a fantastic individual try inside the opening minute of the game.

Former Wallaby Christian Lealiifano converted all five of the Brumbies’ tries as they put in a more than convincing performance to secure a semi-final spot against Jaguares next Saturday.

The inside ball to set up Samu for his first of two tries seemed to be an effective tactic from the Brumbies, with three out of their five tries coming off the back of an inside pass in midfield.

Samu’s opening score along with full match highlights are available below: