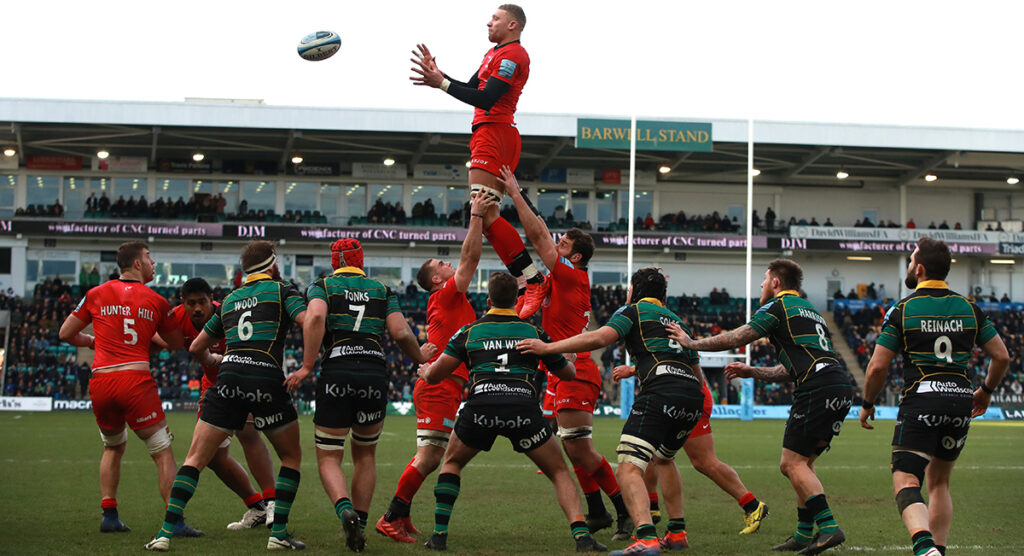 Northampton Saints can today announce that England lock Nick Isiekwe will join the Club on a year-long loan deal.

The 22-year-old arrives at Franklin’s Gardens from Saracens, where he came through the Academy and made his debut back in 2016, before earning his first international cap less than a year later on the Red Rose’s tour of Argentina.

Isiekwe, who is also capable of playing in the back row, has already built up considerable experience at the highest level of club rugby despite his young age.

The 6’7”, 119kg forward already has over 50 Gallagher Premiership appearances under his belt for Saracens, as well as appearing in the 2019 Heineken Champions Cup final, and Saints Director of Rugby Chris Boyd is looking forward to seeing what he can accomplish in Black, Green and Gold.

“We’re very excited to bring in Nick for a year at Franklin’s Gardens,” he said. “We had a unique opportunity to welcome one of the rising stars of English rugby to our group.

“Nick will add competition across both the engine room and the back row, complimenting the quality group of players we already have in those areas and adding balance.

“He is still a young player but will bring significant Premiership, European and Test experience, as well as some real power, to our pack.

“Having spoken to Nick on numerous occasions now, I know that he’ll be 100% committed to the Club and completely immerse himself on our culture. I’m sure he’ll savour his time here, enjoy his rugby and be welcomed by Northampton’s supporters.

“Not only will he add value to our squad, but I hope we can help him improve and reach his goal of playing regular international rugby.”