Scarlets lock loses the plot, lashes out with multiple punches 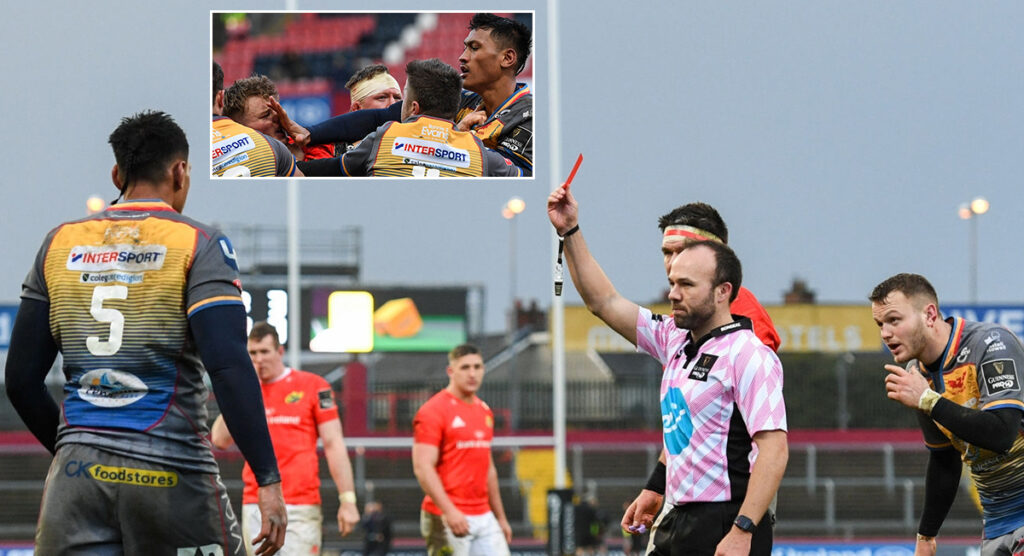 Former Hurricanes Second row Sam Lousi will no doubt be in line for some extended time on the sidelines after being red-carded for throwing punches at two opposing players in Munster’s 29-10 home win over Scarlets in the PRO14.

Lousi was sent off for punching both fly-half JJ Hanrahan and lock Fineen Wycherley.

There had been some scuffling before the punches, but Lousi took the opportunity to aggressively cross an extra line with a left and a right swing that both found their targets. Events briefly escalated as expected but then quickly diffused.

There’s zero tolerance for punches thrown in the modern game. Therefore, referee Mike Adamson had little choice in the matter and produced a red card that ended Lousi’s day.

It's not often you see an actual punch thrown in pro rugby (outside France), but the Scarlet's Sam Lousi sees red…..pic.twitter.com/AL2XwxwbZH

Munster flanker Arno Botha was surprised by what he saw.

“He got two good shots in, but we had to adapt to playing 14 players and it worked out in the end.”

Later, Tevita Ratuva was yellow-carded as well, leaving Scarlets with just 13 men to finish the day.