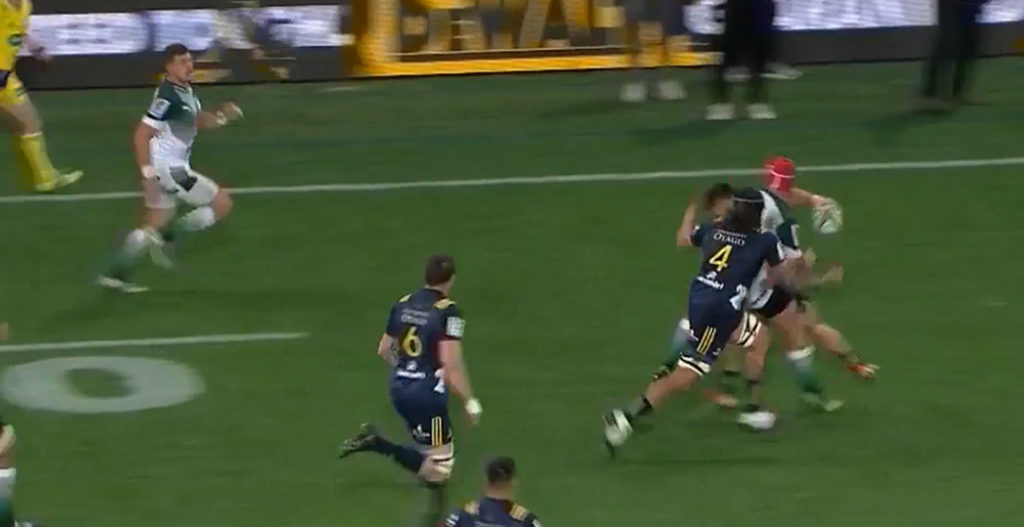 It is hard to believe that the Bulls and Springboks hooker Schalk Brits is 38 years of age, particularly after his first half performance against the Highlanders on Friday.

The 11-cap Springbok came off at half time with an injury, but that is not after he was at his dynamic best in Dunedin. He was all over the field for the first 40 minutes, carrying in all areas of the pitch and finding spaces as he usually does.

The Saracens legend has never been afraid to venture into the outside channels, in fact, that is the quality that defines him compared to other hookers in the world. This run and offload is just a glimpse of what he can do, as he draws in two defenders and still manages to get the ball away with his left hand.

After the Bulls conceded the first try of the game, Brits was instrumental in the reply, and his sniping run from the back of a maul looked to set up Jason Jenkins. However, the hooker was deemed to have knocked on seconds before the lock crossed the line.

Nonetheless, that does not deter from a fine display by the longtime pariah of South African rugby, who has to be in Rassie Erasmus’ plans for the World Cup later this year despite his age. He simply does not look like slowing down currently, and he must have made a good impression to the Springboks coach, as he has an indefinable X-factor that makes him so unpredictable and dangerous.

The Bulls drew the game with the Highlanders 24-24, which keeps them in the hunt for a playoff place in Super Rugby with one game remaining against the Lions next week. Meanwhile, that draw all but ends the Highlanders’ hopes of a quarter-final berth.