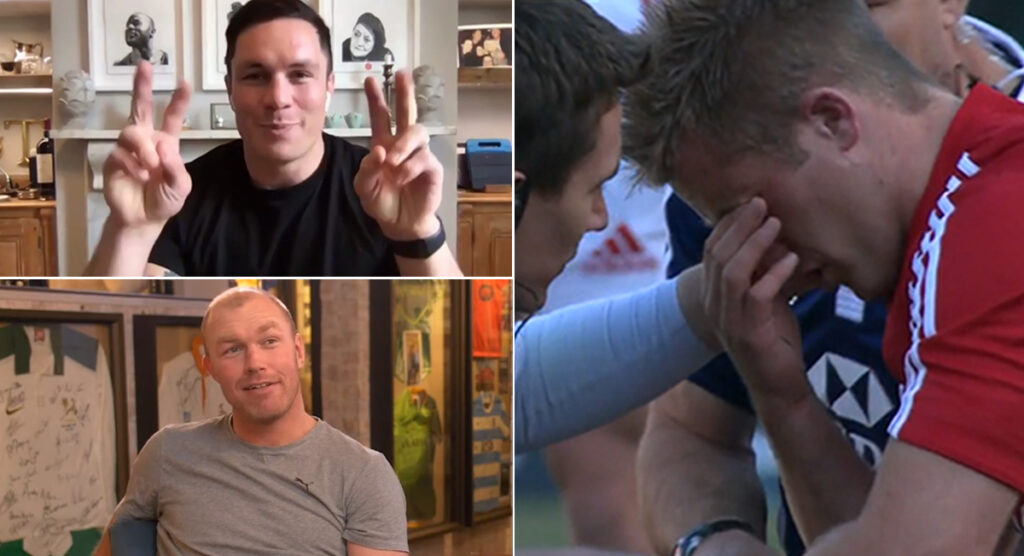 Schalk Burger and Jean de Villiers had their old mate Francois Louw on their new show this week to talk all things rugby, World Cups and so much more. In this amusing excerpt from the show, things appeared to get a tiny bit awkward, even though it was quickly brushed under the carpet.

The three former Springboks have all been friends since their playing days at Western Province and the Stormers, and of course, played together at Test level for their country.

Their journies changed up later in their careers though and while De Villiers went off to Munster for a while, Louw forged a stellar career with Bath. Burger himself spent a few seasons at Saracens, so when the two flankers met, it was always likely to be fiery.

In the video below the guys shared some amusing footage of Burger going full tilt against Bath and specifically Louw, despite the two being good mates.

The blonde Bok flanker had a reputation for that kind of stuff, having a huge engine and never giving less than 100% for whatever team he played for.

He tells an amusing story of how he once chased hooker Rob Webber around for eighty minutes.

“Whenever I played against him… I gave everything I had.. knees, even more elbows.. a bit of follow-through..” Burger says.

While it’s said lightheartedly, unfortunately, Burger does have one massive blip on his record book, and Louw was not afraid to bring it up!

The Peter de Villiers response he mentions can be viewed here.