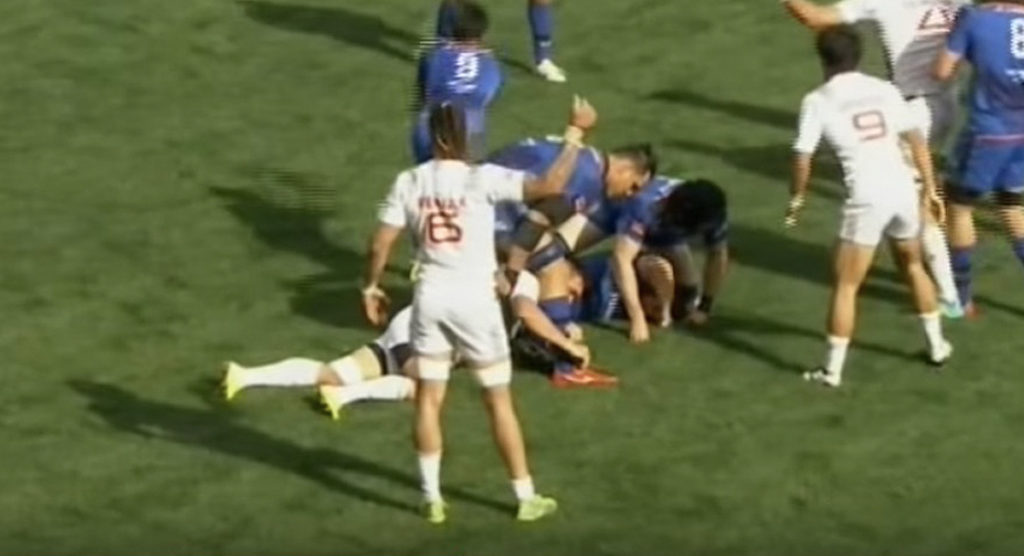 One issue that pops up time and time again is when players are held back illegally at the breakdown. It usually results in a bit of dirty play as retaliation, but one player in Japan has found another amusing way to deal with it, and it was caught on camera.

As with many Kiwis, former Bay of Plenty and Barbarians number eight Colin Bourke has been plying his trade in Japan’s Top League.

The overall competition was won last weekend when Dan Carter’s Kobe Steelers beat Matt Giteau’s Suntory Sungoliath’s for the 2018 title, their second ever since the Top League began back in 2003.

Shortly before that, it was the Ricoh Black Rams up against the Panasonic Wild Knights and just before halftime, Bourke found himself on the floor after making a tackle near the 10m line.

Wild Knights flanker Ben Gunter stepped over him and albeit gently, decided to hold him in place as the ball was cleared. A quick tap by Bourke wouldn’t stop him, so he decided to come up with a plan B.

After chatting to Bourke, he told us “I thought I had escaped the cameras. Obviously not 😂😂”

It’s not seen clearly in this clip, but both players laughed it off seconds after this.

Incidentally, 21-year-old Australian Gunter is the player who made that unbelievable huge hit earlier this year. He will likely be turning out for Japan at the Rugby World Cup they host in 2019.