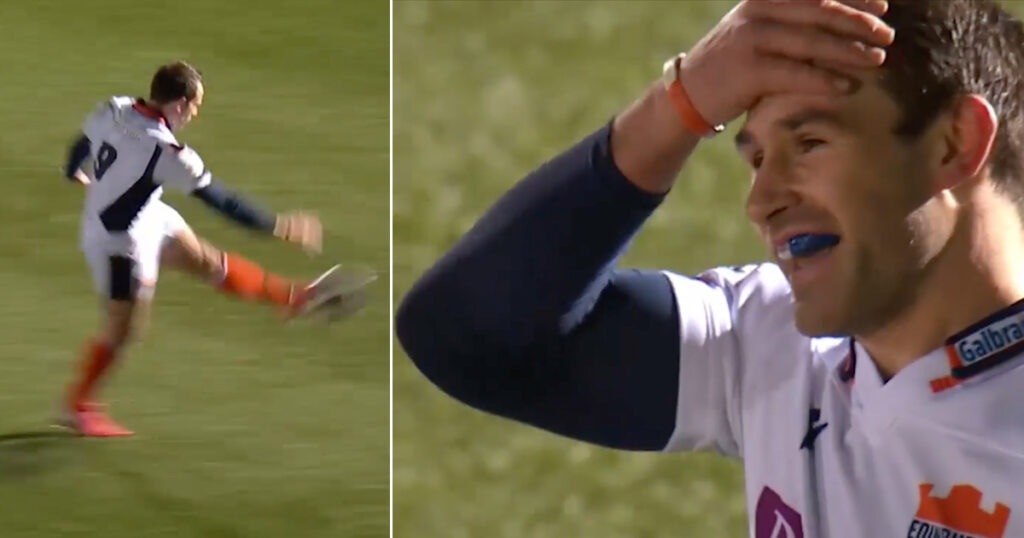 Edinburgh scrum-half Nic Groom is able to see the funny side of his 1872 Cup blunder at the weekend.  A passing train was the culprit for the South African’s clanger at Scotstoun, in a unique series of events.

With Edinburgh leading 10-6 in the final minute of the first half against Glasgow Warriors, Groom mistook the horn of a passing train for the half-time hooter, and proceeded to run back into his 22 and kick the ball into touch.

Glasgow won a penalty soon after the lineout and were able to limit Edinburgh’s lead to one point at the break.

This error by Groom was compounded by the fact that his side went on to lose the game by a solitary point 23-22, which makes it all the more galling for those from the Scottish capital.

The 30-year-old was able to make light of the mishap though, Tweeting ScotRail after the match and asking how to reach their complaints department.

Hey @ScotRail , how do I reach your complaints department? 🙄 #lifesahoot

“He thought that the train’s horn was the half-time horn, which he’s used to from the southern hemisphere even though he’s been here a couple of years,” Edinburgh coach Richard Cockerill said.

“It was a bit frustrating, because we had managed a good score and were looking to go in further ahead at half-time, but we give them free territory for no reason and end up being punished. We conceded three points and lost by one.

“It’s not Groomy’s fault, but it’s those tiny moments, and there were lots of them in the first 20 minutes after half-time as well, where we didn’t look after the ball well enough and didn’t do the basics well enough.”

Though players and fans have already discussed at great length how unpleasant playing behind closed doors is, no one had previously mentioned how misleading and influential passing trains could be without a crowd. Groom now has yet another reason to look forward to the return of fans.

Edinburgh still came within a kick of winning the match after Eroni Sau scored in the final minutes of the match. Jaco van der Walt was unable to convert from the touchline however.

Situational awareness, it’s union not league and that hooter was a passing train not half time😂@nicgroom @GlasgowWarriors 🏉 ⚔️ 🏴󠁧󠁢󠁳󠁣󠁴󠁿 pic.twitter.com/WpiEsg6Tx3

Groom can also take solace in knowing that he did not produce the biggest gaffe of the weekend.

That title is bestowed to Racing 92’s Virimi Vakatawa, who was dispossessed of the ball by Toulon’s Gavin Villiere after strolling over the try line and leisurely attempting to place it down.

Racing went on to lose the match by six points.