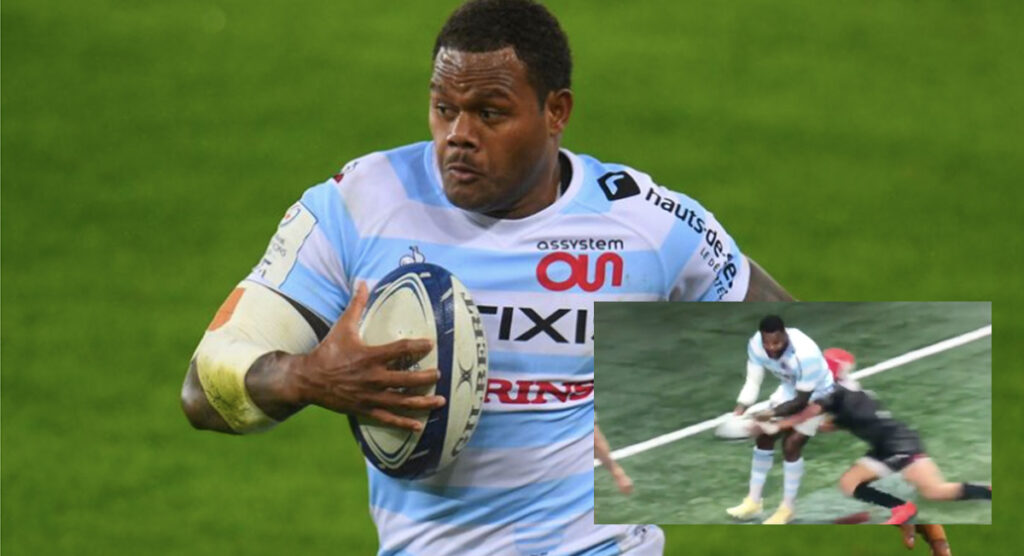 Racing 92 centre Virimi Vakatawa committed an unbelievable unforced error in his side’s 23-29 loss to Toulon. He chose the worst time to get casual with the ball after strolling across the try line for what was a certain try, but had it knocked loose by a trailing Gabin Villiere.

No doubt, Vakatawa would have some explaining to do after Teddy Thomas brilliantly committed three defenders before serving the ball up to him on a silver platter.

Vakatawa may want to learn a thing or two from Thomas after the latter continued his top form, scoring yet another try of his own.

With the win, Toulon to move into 4th position, just behind Racing 92.

Brilliant offload from Teddy Thomas and then Vakatawa 🤦‍♂️

In 2014 we saw something very similar, actually with another Fijian, Semi Kunitani, as he had the ball knocked out of his hands in hilarious fashion in a Sevens match against Scotland.

Watch more replays of the Vakatawa blooper below.