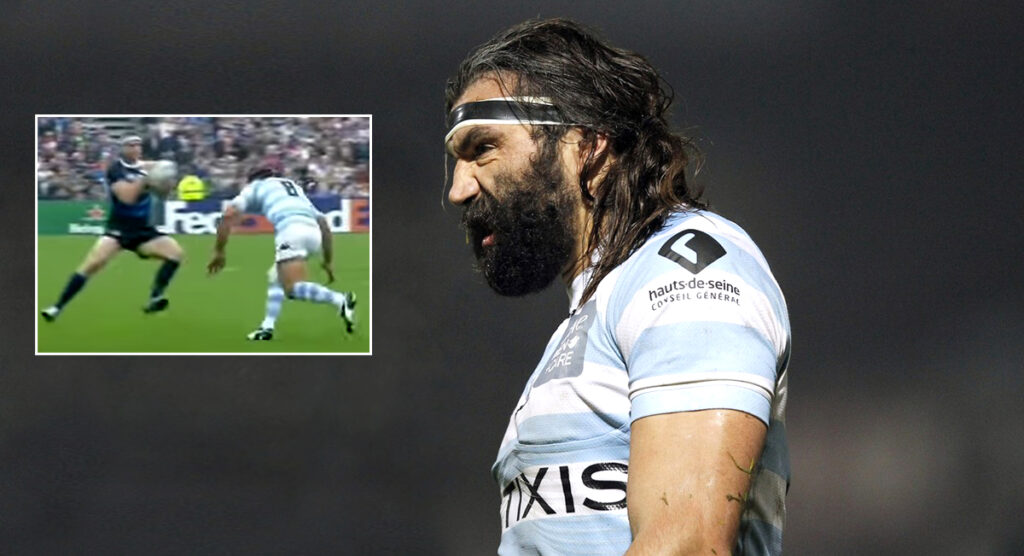 Leinster got their Heineken Cup campaign off to a positive start as they beat Racing Metro 38-22 with a stylish performance in the Pool 2 opener at the RDS. The match was played at a great pace and there were plenty of big tackles. This is just one of them from the opening passage of play.

Leinster scored five tries while the visitors only managed the one in what was a fascinating and enjoyable game to watch. Both sides bashed eachother on numbers occasions, with French talisman Sebastien Chabal putting in the first big hit of the match early on.

It was Jamie Heaslip who was on the receiving end as Leinster started well with a serious of pick and drives before releasing the backs. By the time it got to Heaslip out wide, Chabal had lined up and put in a quality tackle, smashing back the big British & Irish Lions number eight.

There were plenty of other notable highlights, including Rob Kearney’s try, Francois Steyns massive penalty, and then a few hits from Isa Nacewa that actually went in on Chabal himself. If there’s time over the next few days I’ll try to get something up showing all of them. For now, here’s another nice Chabal moment for the archives.