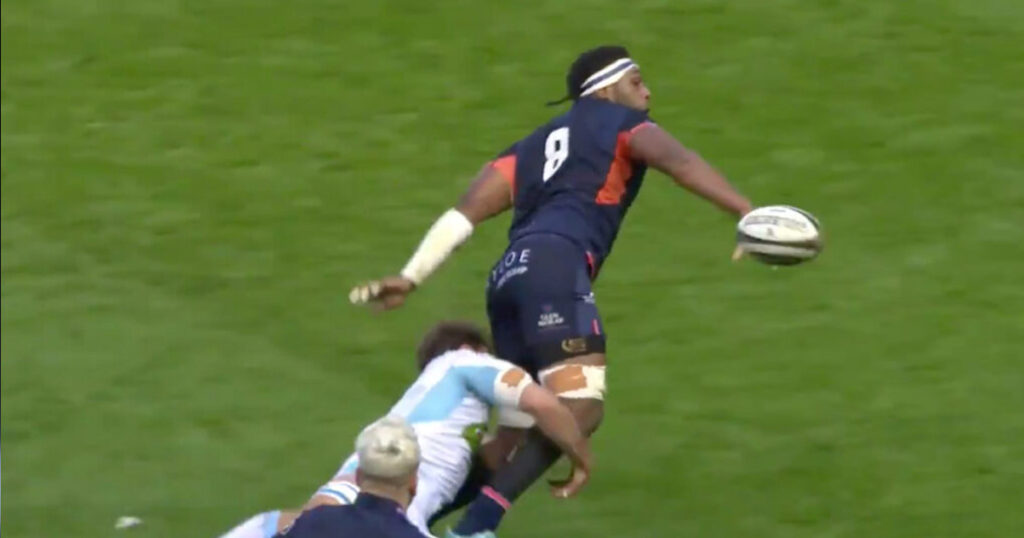 Edinburgh made amends for their narrow defeat last weekend to ease ahead in the 1872 Cup following a hard-fought, topsy-turvy bonus point victory over Glasgow Warriors at BT Murrayfield.

The hosts took the lead early on through Darcy Graham, which was set up by an absolutely ridiculous one-handed off-load out of the tackle by Edinburgh’s Fijian talisman Viliame “Bill” Mata.

The ex-Sevens star carried the ball like a loaf of bread before reverse passing it onto Graham, whose superior speed was too much for the Glasgow defence.

Mata is of course the same player who threw that ridiculous offload in January of this year, arguably one of the best moments of 2019. Watch it here: Fiji training ground footage reveals how Viliame Mata was able to throw THAT offload

Despite a subsequent conversion and penalty from out-half Simon Hickey, Edinburgh trailed the visitors following tries from Huw Jones and Scott Cummings.

Richard Cockerill’s side then hit back through a sniping try from Henry Pyrgos, before his opposite number bagged a similar score just minutes later. A penalty try for the hosts then put them back in front in the closing stages before a final touch down for Graham secured the win and the maximum points.

The result means that Edinburgh not only keep alive their hopes in the 1872 Cup, but also maintain the pressure on Conference B leaders Munster, who lost 13-6 to Leinster in their inter-provincial derby.