Sensational sportsmanship on display from Fijian Peceli Yato against Perpignan 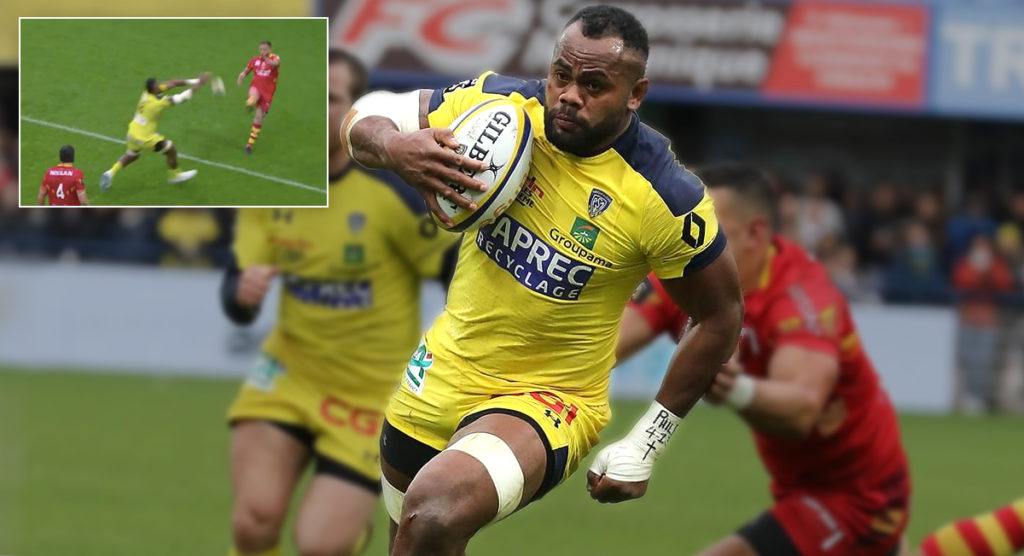 Clermont number eight Peceli Yato scored a stunning hat-trick against Perpignan this past weekend in the Top 14, but it wasn’t the most impressive thing he did on the day, as he showed that good sportsmanship is certainly not lost in professional rugby.

Clermont claimed a 35-13 bonus point win over relegated Perpignan as they increased their overall leading points difference and bonus points but still sit second to Toulouse on the overall table.

Despite the score, it was a competitive match and when Perpignan’s David Mele put in a clearing kick from behind his own tryline, giant Fijian Yato did what he could in an attempt to charge it down.

Mele found touch but the lineout was awarded to Clermont. Yato though, had got the tiniest of touches on the ball so rather than let it go and take the attacking lineout in a good position, he did the honourable thing and approached referee Alex Ruiz, stating that he had indeed got fingertips to it.

Ruiz, who was today appointed as an official assistant referee for the Rugby World Cup in Japan, took Yato’s word for it and changed his decision, rightfully giving Perpignan the lineout. Great to see.

Got to love this from Clermont v Perpignan. Yato gets a slight touch on a clearance into touch which the ref misses.

Ruiz awards the lineout to Clermont, but Yato goes up to him and tells him he touched the ball, so Perpignan get the ball back.pic.twitter.com/jghGmhHgGN