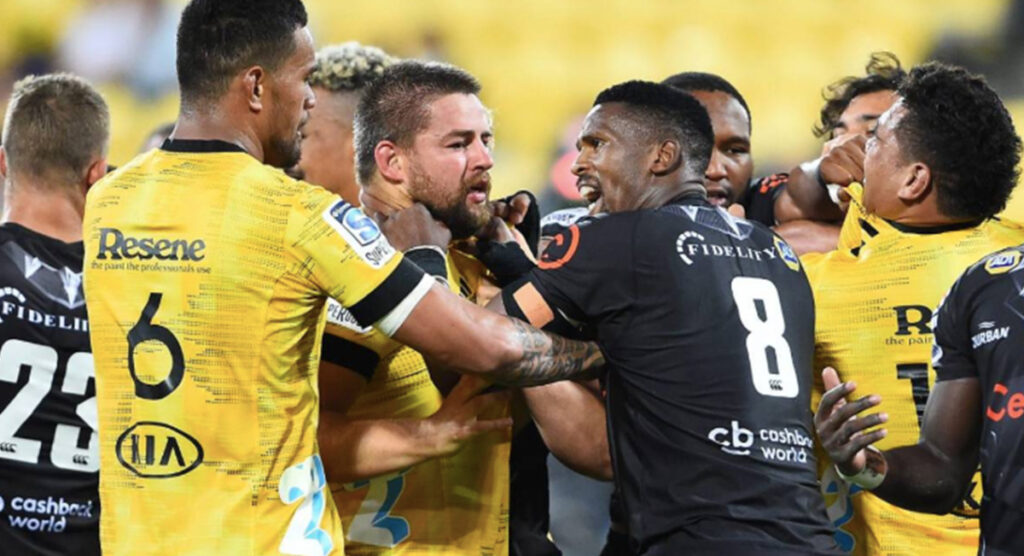 Dane Coles made his return to Super Rugby on Saturday night. The hooker seems to court his share of controversy and this was no exception. Although he came off the bench to score a try for the Hurricanes in their 38-22 victory over the Sharks, it’s this challenge that garnered a lot of attention.

Coles came in low with a forearm to the head of diminutive replacement Sanele Nohamba as the latter was trying to get to his feet.

After review, referee Ben O’Keeffe said Coles had wrapped his arm around the shoulder of Nohamba. It was, therefore, only called a penalty for tackling a player on the ground.

Reactions online from Sharks fans were swift and predictable, with many seeing this as a too regular an occurrence with Coles.

About 15mins into his season and his dirty tricks start again. Dane Coles is the dirtiest piece of shit playing rugby in the world today. Won't get sighted though, because, he is in NZ #HURvSHA pic.twitter.com/9QuFfM6g4K

Did you think Dane Coles should have been shown a card for this infringement during the Sharks game? pic.twitter.com/L377tXR4NJ

Catch up on full highlights of the match below