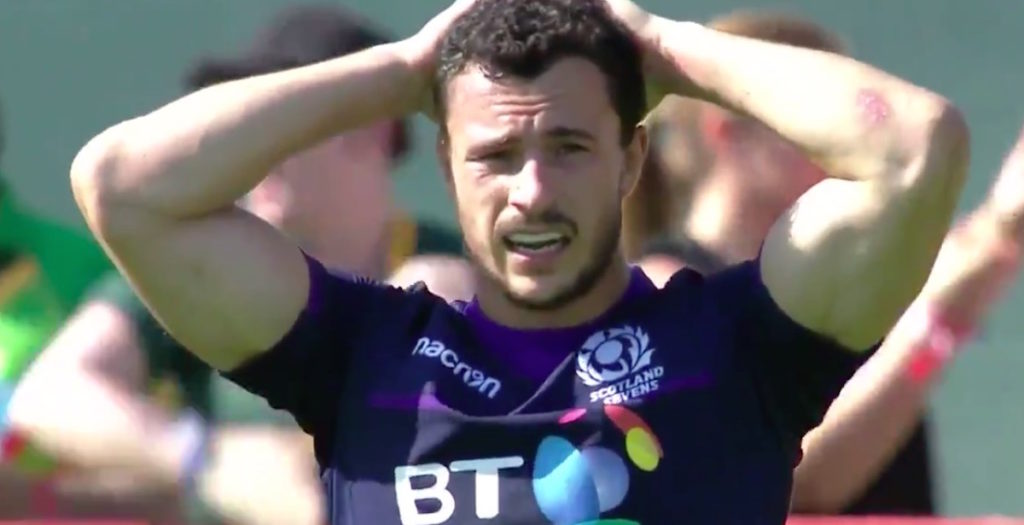 Scottish sevens player Jamie Farndale went from hero to zero during the Dubai 7s when he was pushed into touch in the act of scoring a match-winning try against Fiji.

Scotland were trailing by two points to the reigning Olympic champions and with 15 seconds left on the clock, Farndale crossed the try line to win the match for the Scots.

However, thinking Scotland were trailing by more points, the 24-year-old tried to put the ball down closer to the posts with the prospect of an easier conversion. But just as Farndale went to dot the ball down, Vilimoni Botitu pushed him into touch.

Jamie Farndale won’t want to see this again! Two points down against Fiji with 15 seconds on the clock, all he had to do was put the ball down…

Scotland went on to lose 21-19 in the Pool B match before losing 29-0 to South Africa in the 5th Place Semi Final.

Hugely sorry to teammates & fans. TV scoreboard was down & in the moment wasn’t 100% on how tight it was. Red line in my eye I thought I had more space. Beyond devastated. Can’t speak highly enough of team who pulled me through and got us to Cup QF anyway. One I won’t live down🤦‍♂️ https://t.co/EwHSXDoW18