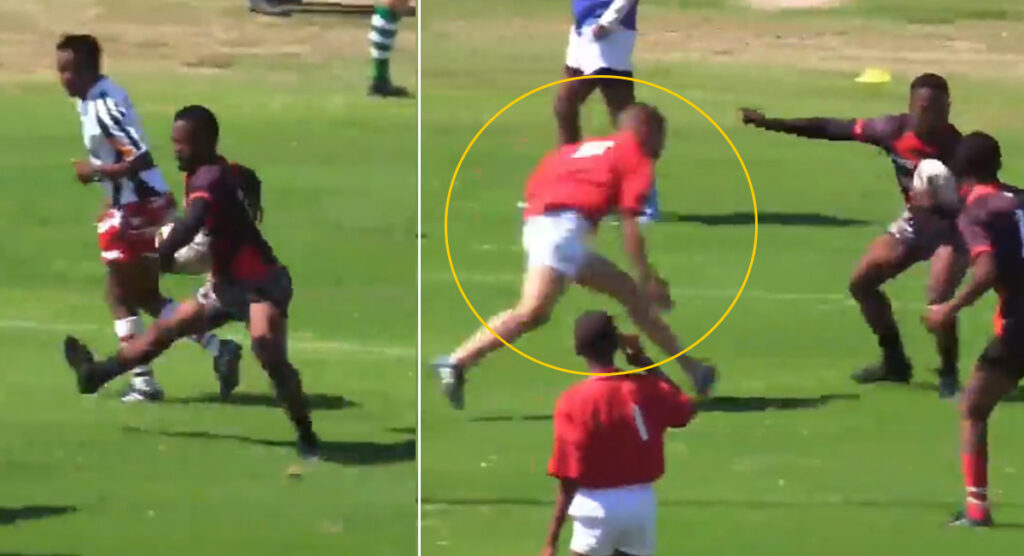 Here is an outstanding example of what not to do when going over for a try, as karma very quickly caught up with this young flyhalf, who for some reason felt the need to taunt the opposition.

Over and over again, we’ve seen players mess up over the tryline because for one reason or another, they don’t get the ball down quickly enough.

Sometimes it’s just being too casual, but occasionally, we see a player far too cocky.

On this particular occasion in South African schools rugby, it was perhaps arrogance as the Chief Boklein number ten went over for an easy try but decided to goose-step his way under the posts.

Alphandale were having none of it, and one of the replacements arrived on the scene with a monstrous tackle, smashing the number ten back down to earth.

It was on goosestep number four that he realised, he f*cked up!