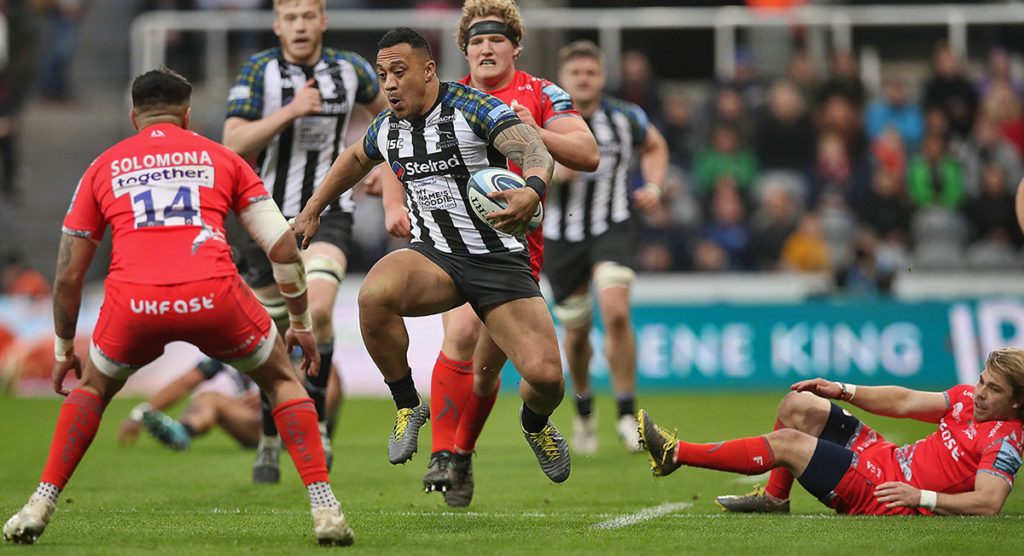 Newcastle earned a crucial win on Saturday against Sale at St James’ Park, as they continue to fight off relegation. With Worcester winning earlier that day, it was imperative that Dean Richards’ men won in order to maintain pressure from the foot of the Premiership table.

The Falcons were helped by a superb Man of the Match performance from winger Sinoti Sinoti. The Samoa international was a constant threat down the flank, and Sale found it hard to contain him all day.

Newcastle were on the back foot for much of the first half, but Sinoti was still able to provide a threat. As they grew into the game, the winger had just that bit more time and space, and Toby Flood’s try came from an initial break from Sinoti, which put Newcastle in the ascendency.

Sinoti is surely the most unique and unpredictable runner in the Premiership at the moment, as he at times looks closer to a wild horse than a winger. His style of jumping in the air seemingly before he chooses which direction to go has left many defenders clutching at thin air, as did many Sale players.

Newcastle have now won three on the bounce in the Premiership, and are keeping in the hunt to stave of relegation. If Sinoti remains in this form, that will be a lot easier.

Here is a glimpse of Sinoti at his best on Saturday:

How will you watch the next Rugby World Cup? Enter survey for a chance to win £100