Sir Ian McGeechan on Coaching and Leading the Lions 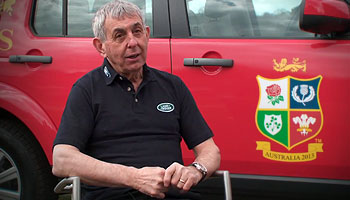 With just a few hours left until we find out who will be named in the British & Irish Lions squad to tour Australia, here is a look at two interesting videos from former Lions coach Sir Ian McGeechan, as he shares his views on both selection, and leadership.

Geech shares his vast knowledge and experience of having to make the big decisions, saying that sometimes it’s a gut feeling, and big calls can be made as late as the morning of the announcement.

Coach Warren Gatland has had to deal with media and fan speculation for many weeks now, but today we’ll find out which key combinations he has decided to go for, and whether he’ll go for one or two of the more experienced players, or stick with youth.

In the video below McGeechan speaks mainly from a coaches point of view, and then in video two he discusses the captaincy issue – will it be 24-year-old Sam Warburton, or will Gatland opt for a more experienced and charismatic leader in Paul O’Connell or Brian O’Driscoll?

Ian McGeechan on Leading the Lions

The squad announcement takes place at 11am UK time on Sky Sports News, or 8pm eastern time in Australia, on Fox Sports news