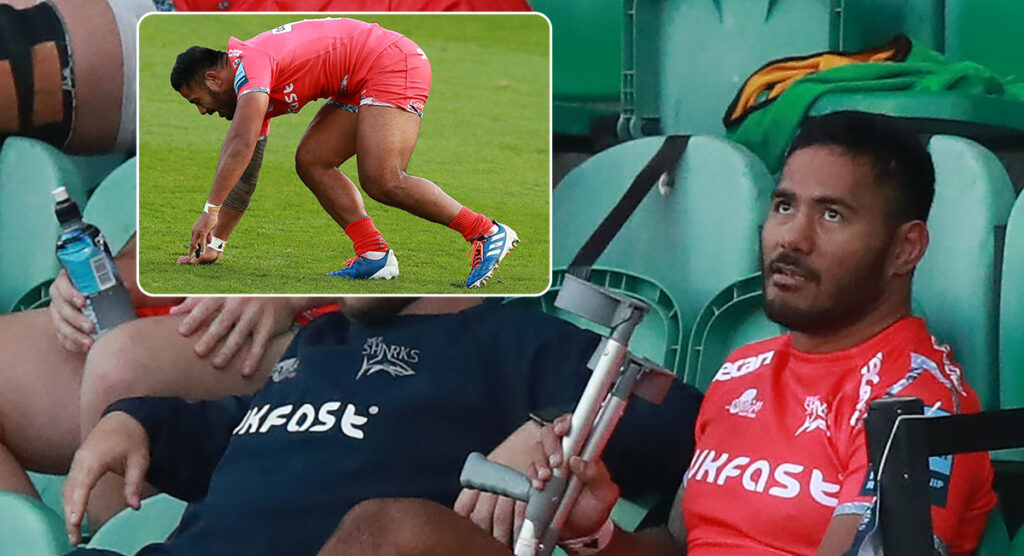 Following injury at the weekend, England centre Manu Tuilagi has now officially been ruled out for six months with a torn Achilles tendon. The Sale Sharks centre will miss all of England’s upcoming fixtures, therefore throwing his inclusion in the British and Irish Lions tour into doubt.

Tuilagi was injured early on in Sales visit to Northampton on Tuesday.

“Manu will be a loss to England and Sale,” Diamond said.

“He’ll be out for six months. It’s brutal what we’re playing at the minute.

“Dan Biggar fell on him, so it was an accident. These things happen. I think it might have been a jinx, me saying before the game that we’ve got nine out of nine games out of him and boom, that happens. So I’ll keep my trap shut in future.

“Rather selfishly, after this game and the play-offs we probably wouldn’t have seen Manu until April with the England commitments and EPS rest periods.”

The injury, another in a long string of injuries for the powerful back, means he will miss England’s entire Autumn Nations Cup and Six Nations campaigns.

Watch a little recap of him in action, including the unfortunate moment he got injured