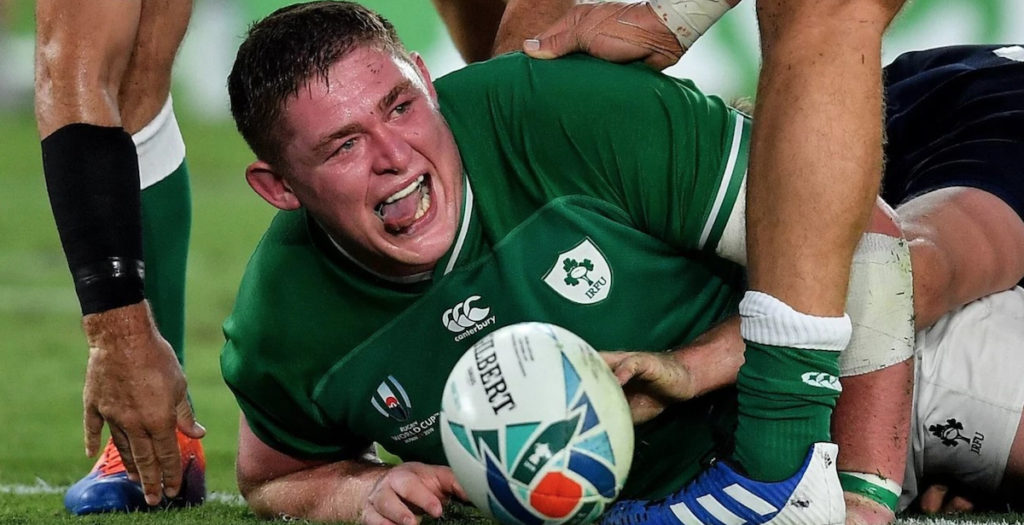 Ireland tamed Scotland to a 27-3 victory in Yokohoma on Sunday to kickstart their World Cup campaign in style.

Here are all of the key moments from the game as well as the best reactions on social media.

Ireland’s captain Rory Best sneaks over the line to pile on the agony after a brilliant maul#RWC2019 #ITVRugby pic.twitter.com/ZKTlBApUip

Ireland charge out of the blocks straight from the off and James Ryan forces over from close range#ITVRugby #RWC2019 pic.twitter.com/xeqLAQUEVR

Is this the one that puts this game to bed?

Conway is all out on his own. Murray finds him and the speedster slips inside to run in the try#ITVRugby #RWC2019 pic.twitter.com/cO44BSkdkL

When #IREvSCO is winding down and you see the next game up is #ENGvTGA pic.twitter.com/S4Tt46wCFU

For the record. I would absolutely hate for Jacob Stockdale to tackle me. #IREvSCO pic.twitter.com/IXM9OommEE

Ireland committing bodies to the ruck on the train to Yokohama. Referee has a look but waves play on. #IREvSCO pic.twitter.com/hN2IMGqJkX